On January 24th of this year, I left my house and headed to Atlanta, GA to board a plane headed to Fort Lauderdale, FL. I boarded the plane and sat in my aisle seat, as always, next to a quiet older woman who spent the entire flight sleeping. Giddy with excitement, I couldn't find a way to get any rest on the plane, so I instead played the game of "what ifs?" for this brand new ACL season. Predictions, worries, and hopes filled my head as I landed and headed into my Uber in the suffocating Florida humidity.

I eventually found my way to the Fort Lauderdale Convention Center and after a 20 minute adventure of finding the correct entrance, I found myself at the feet of 70 cornhole boards. It was night, so the room as dark and ominous, but that still couldn't prevent slew of thoughts and dreams that filled my head for the season. Just staring into the empty room, I attempted to frame the season in my head and predict where we would be and what we would accomplish by August. 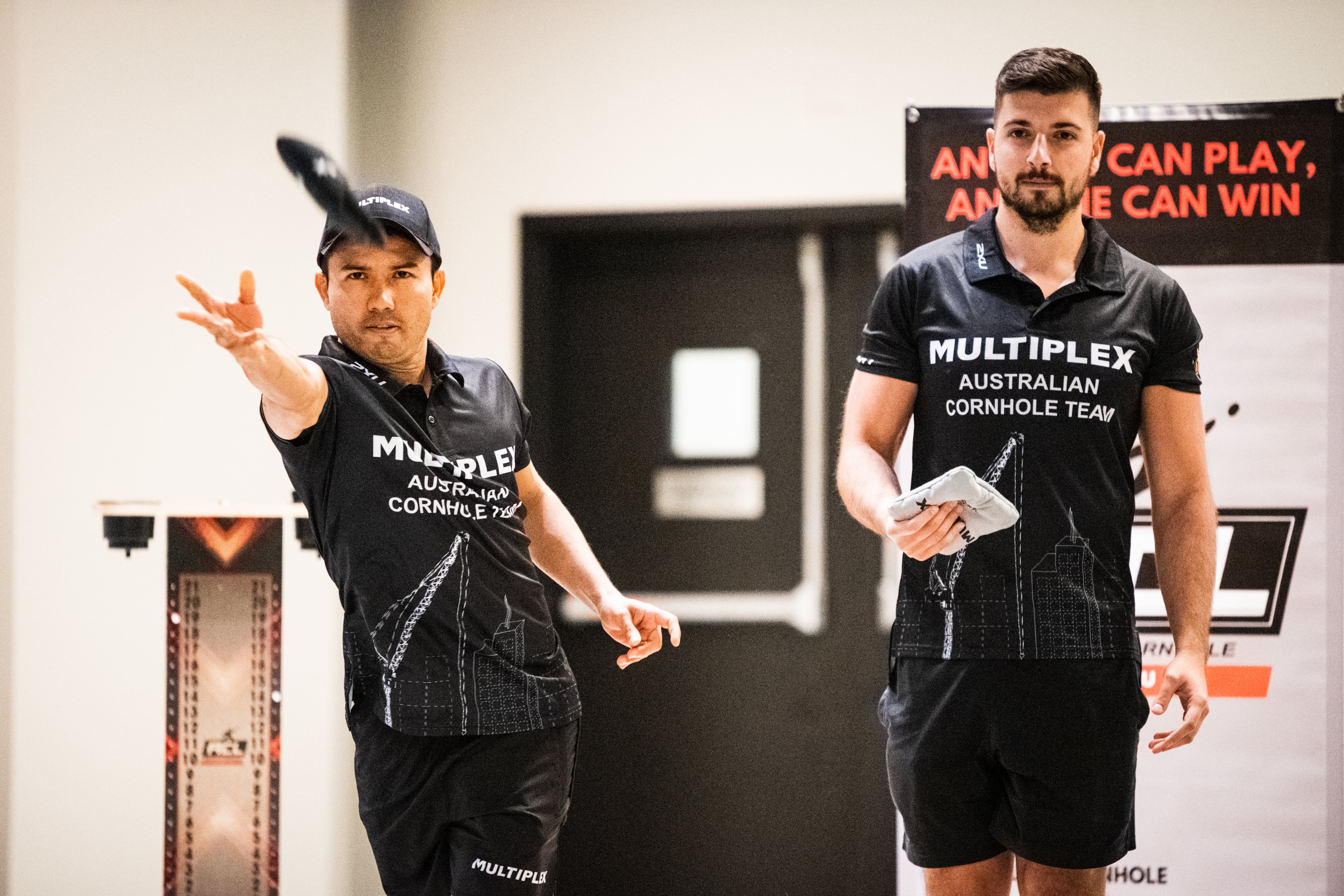 The 18 person crew from Australia certainly made the week memorable. Photo: Flat Tail PhotographyNow, here I sit in my office, again alone with my thoughts. It's mid August and I'm still sleep deprived from the largest and most monumental cornhole event in the history of the sport. Cornhole began for me at 15 years old in the parking lot of a minor league baseball game. Fast forward 10 years later, one month before my 26th birthday, and I'm coming off of an event with five ESPN network broadcasts that saw over $249,000 in prize money awarded to over 100 unique players from up to 9,500 miles away from home.

The Trey from January did everything he could to dream up this season. He tried to dream of the success and the exposure and the growth, but he couldn't even come close. Although he was naive then, he would soon learn a valuable lesson. Dream big. Celebrate the journey. Raise the bar. The combination of all these forms the mentality that I'll have for years to come. Even when we reach the $1 million season, even when we get our first full time professional cornhole player, and event when we make the Olympics. Always have the same mindset and you will never stop growing.

Enough of my wannabe motivational speaking, I know why you're reading. You want my takes on the 2019 ACL World Championships and all the amazing stories. Because there were so many events spread over the 6 days, I've decided to simply give you my random thoughts for the week. I wrote some down and others I just stored in my head, but the combination of all of them should recreate the event for those that couldn't make it. Each day had its storylines that made this event magical. I now present instead of Trey's takes, some Trey thoughts. 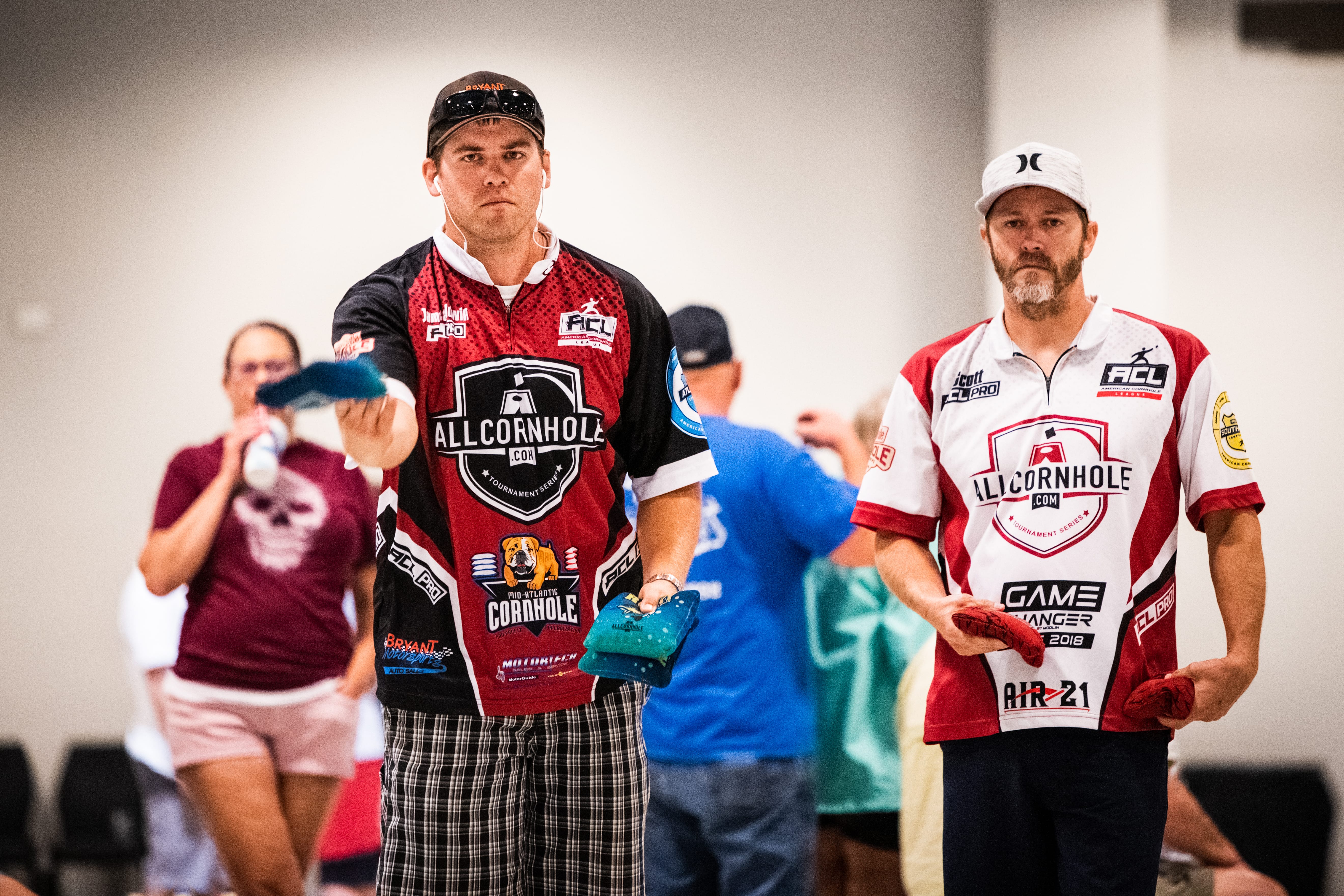 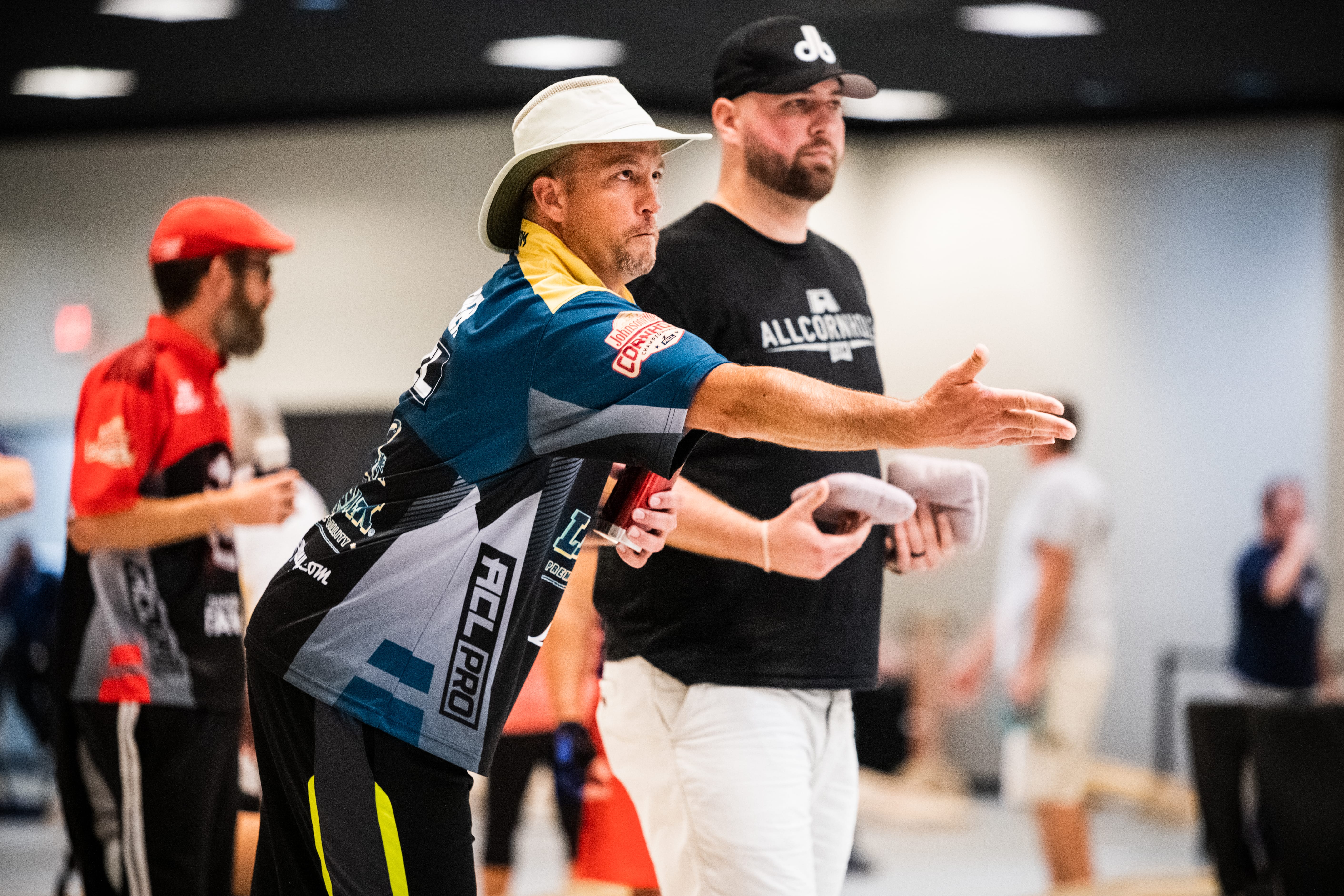 It was a relatively quiet week for Eddie Grinderslev, but Josh Groce got that first signature win in Advanced Doubles with AJ Sims. Photo: Flat Tail Photography

Like I said, what a week it was. After six long days I'm exchausted but couldn't be happier with how it all turned out. I personally want to thank everyone for an amazing season. The next few months will be a hard grind to create an even better season for next year but I'm confident we will do just that. See you all at our college events this fall and remember: