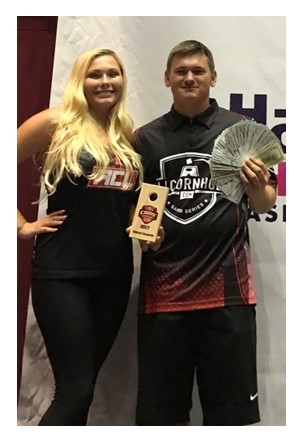 Jordan Langworthy stumbled when spelling his last name in the first of what is sure to be many more on camera interviews. But, when it came to directing those borrowed pink Cheetah Bags, L-A-N-G-W-O-R-T-H-Y won epic matches that will be replayed and relived for many years to come and. During the final match, @TheUNDRDG tweeted “Jordan is locked in right now. No, No….not Spieth, Langworthy”. On a day when Jordan Spieth was competing in the Third Round of the British Open, another Jordan and the ACL Championships of Bags was taking over the twitterverse and showing up on ESPN SportsCenter. Jordan Spieth won the British Open and celebrated with his friends a family by throwing, while Jordan Langworthy won the COBS Open Singles Championship and celebrated with a Twisted Tea.

Entering the final match, Jordan knew that he had to double dip The Champ, Matt Guy, who ESPN Analyst Trey Ryder referred to as the GOAT of Cornhole. Guy had never lost a Championship Match when he was in the driver’s seat until this day. The bright lights and added pressure of the sport’s debut on ESPN2 didn’t phase Langworthy. Jordan took the first game 21-7 by putting 44 bags in the hole to Guy’s 39.

The second game was a bit tighter until the final round. Guy attempted to drag his first bag into the hole with a second bag airmail shot that resulted in both bags bouncing off the board. With Jordan’s third bag, he threw it off the board and looked for a second like he was going to throw his fourth out of turn in the midst of a mini meltdown. He didn’t and Guy composed himself to throw his third bag in to have a chance. Jordan released his fourth bag of the round and yelled, “Don’t Choke!” just before it landed and slid into the hole, for the 44th time in that game, to seal the victory 21-14. Jordan ended the championship match with 88 bags in the hole and a 2.93 hole average.

Jordan’s trip to finals was a rollercoaster. He opened up the tournament by upsetting The Pilot, Danny Blanks, 21-15 and then lost his second match to Annette Tedder, 21 – 17. Getting sent to the L-Dog Bracket turned Langworthy into a Lawnmower. He simply mowed over a slew of tough opponents that included the Widowmaker, Crystal Mann (21-0), Brian Luvshack Lynn (21-7), Brandon Corwin (21-7), Sean Streng (21-4), Annette Tedder revenge match (21-4), Player of the Year Jordan JC Camba (21-8), and Adam Hissner (21-4). 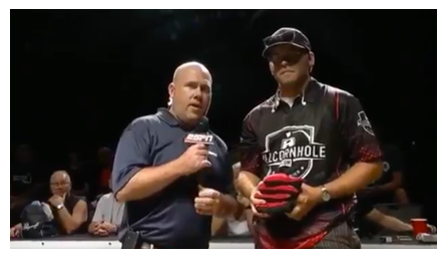 James Baldwin, Deadspin affectionately referred to him as “Wise Cornhole Man” during the social media madness that surrounded this event, placed the Langworthy Lawnmower into neutral for the 3rd place match to see who was going to advance to meet The Champ in the Finals. This back and forth duel turned into was immediately dubbed by cornhole historians as the best live match in front of an audience ever. It is hard to disagree as it had a little bit of everything. Near the end, Jordan opened up a round by throwing a bag out of turn to give Baldwin a major advantage. Somehow he survived that round and another couple of rounds where Baldwin had opportunities to push or drag or slide a bag into the hole but it just wasn’t mean to be. Both guys played at a high level throughout the 25 rounds of this match. The stats echo the 21-20 final score. Langworthy put 61 Bags in and 31 on while Baldwin put 61 bags in the hole and 30 bags on the board. The Wise Cornhole Man had a fantastic tournament and well-deserved third place finish. 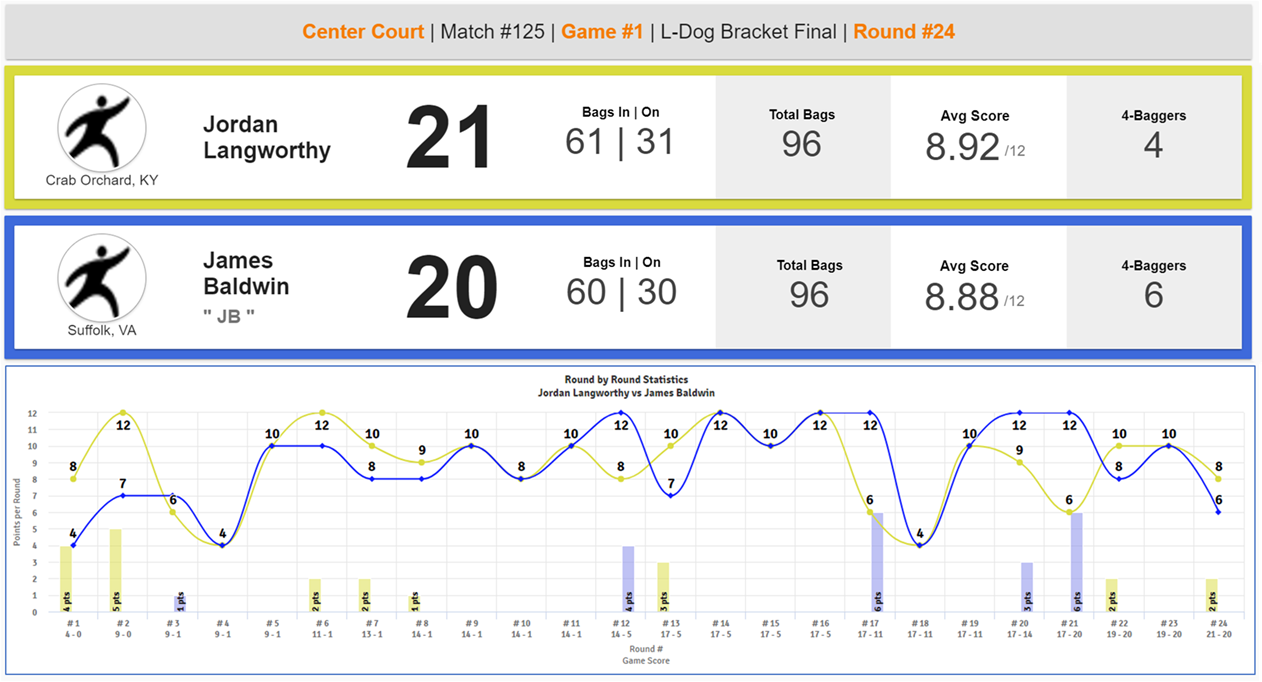 Don’t feel sorry for The Champ, Matt Guy because he ended up in a record setting four final events and won the other three. He had a fantastic run through the winner’s bracket and took home lots of cash and victories. He will certainly be the favorite to finish at or near the top again next season.

Thanks to all the players for participating in Championships of Bags (COBS 2017) along with their friends and family that supported them. Next season will be even bigger and better – so get in where you fit in and throw it down with us in the 2017 – 2018 season.