Beyond the Boards: It’s a Ryder Thing

Like most cornhole players, when I tell people that I’m associated with the American Cornhole League, their first reaction is a chuckle. Usually it’s then followed up with “They have a league for that?!” or my personal favorite, “Excuse me, what kind of league?!” At this point, I’ve pretty much perfected my cornhole “speech”, if you will. What I’ve learned over the years, though, is that people really want to know how it all started. They want to know why I play. They don’t care if I’m an ACL Singles Champion or just a guy who plays the Social Division at each national; they want to know how such a unique game became the center of my life’s passions. Here is that story.

My dad, Eric Ryder, was a two-sport athlete in college and even went on to play some semi-pro football. What I’m getting at is that he has been an athlete his whole life. Even into his thirties and forties, he always considered himself an athlete, even if his aging knees disagreed. When he had his first child (and a boy at that), Eric just knew that he was going to grow up to be an athlete…or so he thought. Yes, I grew up playing baseball and football. I even traveled a bit (with Eric coaching, of course) for baseball and played a little high school football, but I never found the same passion that Eric did so many years ago, my passion was often for watching and not playing. If Eric didn’t pass on his passion for playing certain organized sports, he most certainly passed on his competitiveness. Whether it was chores, school, board games, video games, or wiffle ball in the backyard, I was always looking to beat dad. The problem was, I rarely could. Growing up, I personally always wondered if we would find something that we both had a passion for because we already had such a competitive drive. But you already know how the story ends, I’ll just tell you how it began. 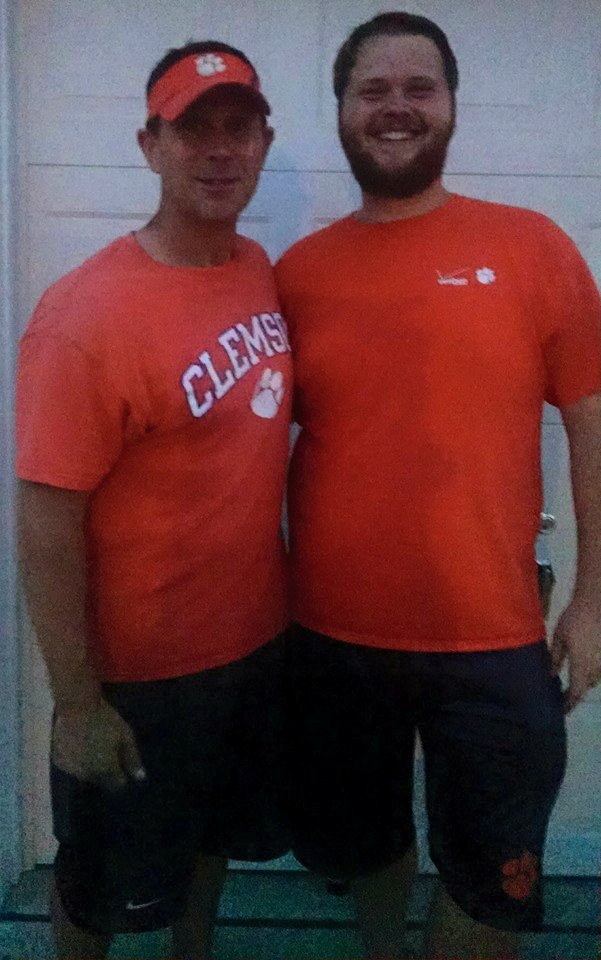 Playing baseball growing up I eventually became a better baseball fan than player. My dad and I loved to go see the Charlotte Knights play back before they actually moved to Charlotte and were playing just over the border into South Carolina. As fate always does, we just happened to pick the one game to go to one season where they were hosting a cornhole tournament for $500 to the winner.

“Isn’t this the game we played at Kenny’s house?” I remember saying, interested.

“Oh, man, this is easy money, let’s do it!”, I overconfidently and convincingly urged.

You all can probably piece together what happened next. We beat one team of backyard players just like us simply because we were more coordinated, and then got matched up with them. Yes, them. Who’s them? You know. It’s that first team you ever saw play cornhole. And not just play it, but play it. The spin, the confidence, the swish (or air mail as we would later call it)! We were in awe. It was as if we got invited to play in a pickup football game and we always win pickup football games. You come across the middle for a pass and out of nowhere Brian Urlacher just absolutely crushes you and you end up face up on the ground wondering if you were ever any good in the first place. But that’s all it took. We were hooked.

We then traveled the next three weekends to different tournaments, getting our butts kicked every time. We probably lost 10 straight tournament games before we ever won anything. But just like everyone, we slowly got better and slowly started winning. At first, the top players scoffed at us, but eventually they stopped rolling their eyes if they drew our name in a blind draw. For Eric and I, it became our thing. Some fathers and sons travel, some drink whiskey, and some even buy baseball season tickets together. But Eric and I? We played cornhole.

Eventually I went off to college and we couldn’t play together as much, but Eric did and just kept getting better. He eventually became the elite player that he is now. When I came home a few times a year, we still played together and it felt like I never left (even if my game was a little rusty). After graduation, our cornhole family grew when I met the love of my life, Shelby. 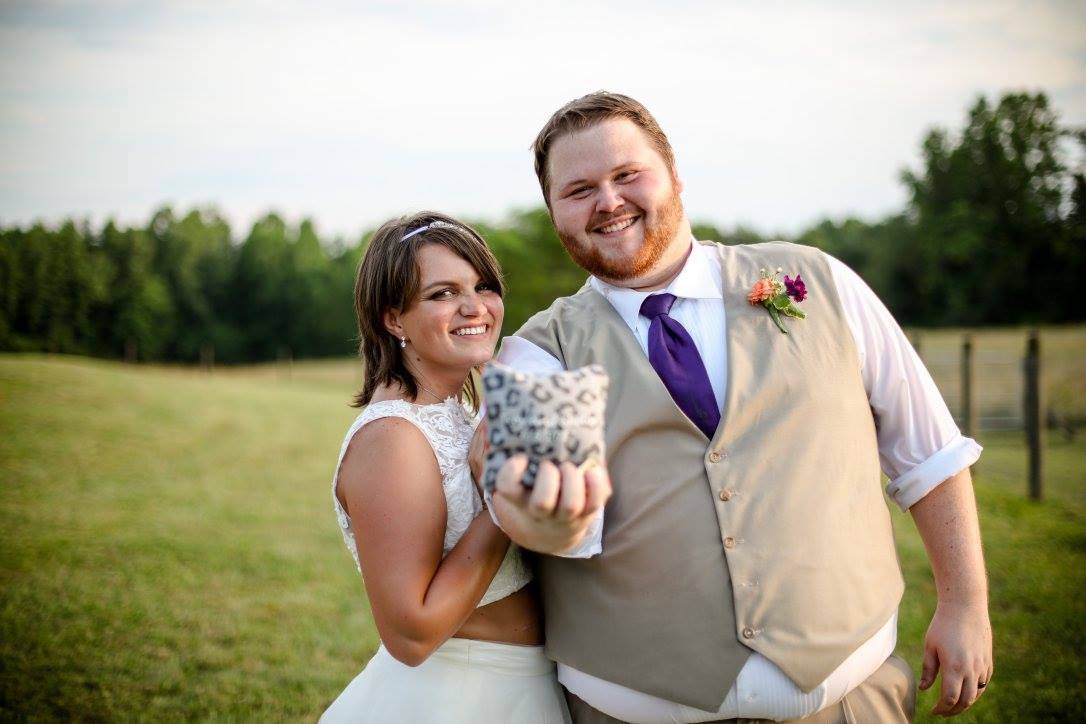 It all started with Shelby just being a supportive girlfriend coming to all these cornhole tournaments that my dad and I were playing in. She would play occasionally and get beat pretty quickly, but eventually, just like Eric and me, she got tired of losing. I made the cocky mistake of betting Shelby early in our relationship that if she ever beat me in a game of cornhole that I would do any task she wanted. I never thought that if we eventually got married she would still hang that over my head, but she does. She’s come way too close a few times and now, I just don’t play against her because now she’s better than I am!

She still plays and supports Eric and me every step along the way. She answers questions, runs brackets, and even wins a few tournaments along the way. Our guest book at our wedding was even a set of cornhole boards. You get why I married her? 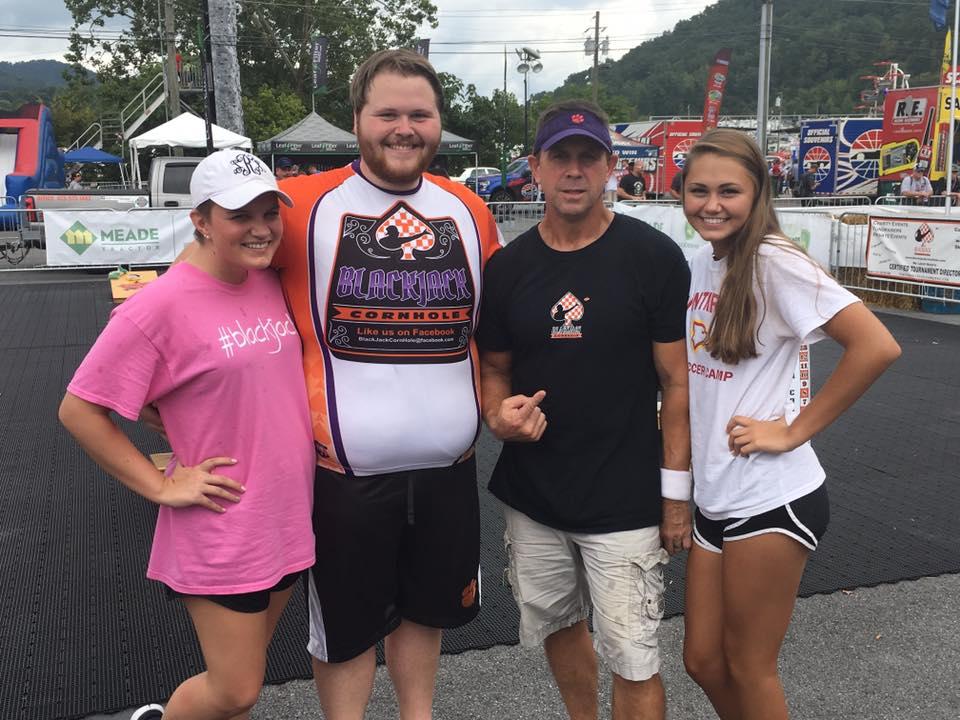 When I came on staff with the ACL, I never knew that it would have grown (and continue to grow) into what it is now. I still get to play here and there but even though my role has transitioned away from being a cornhole player, my passion for the game has never faded. I talk to newer players and I always tell them keep their heads up when they lose, because you never know where this game will take you. When I first started playing and people would ask why, I just told them because I loved to play. When they ask me now? It’s a Ryder thing.