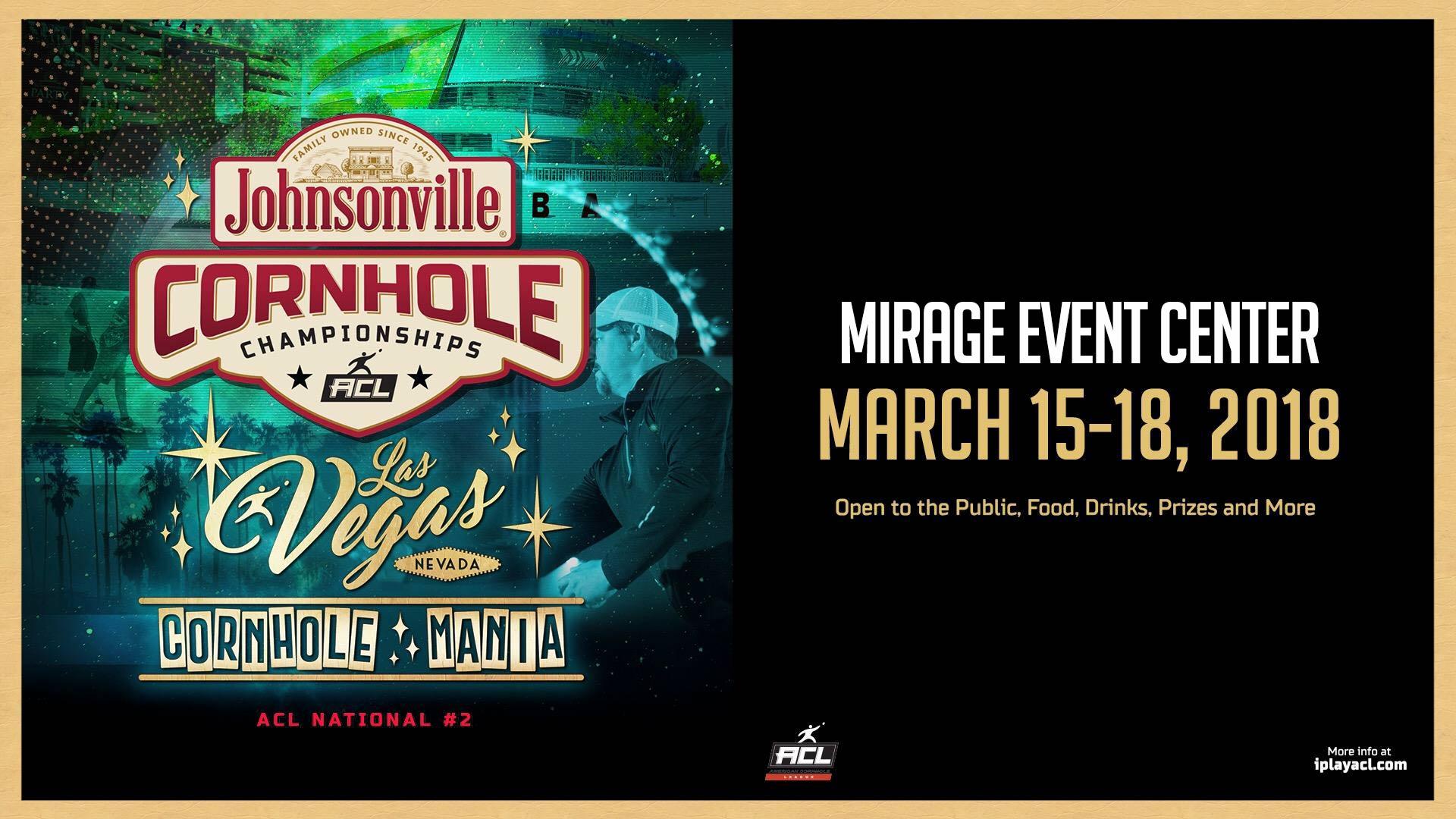 The Johnsonville Cornhole Championships: ACL Cornhole Mania is the second installment of the American Cornhole League National Tournament schedule for the 2017-2018 season. It will feature upwards of 300 of the best cornhole players from across the United States, and is expected to see players traveling from as far as Oregon and Florida to compete for over $10,000 in cash prizes.

The best part for those that will be in Las Vegas that weekend? The event is FREE for spectators! The atmosphere on the boards is anticipated to match the intensity of the March Madness games happening all weekend. Come out to watch the best Cornhole players in the country battle it out on the sport’s biggest stage.

Check out the schedule below. Lots of fun for players and spectators. Open to the public with food, drinks, prizes and more! Anyone Can Play and Anyone Can Win with the ACL! 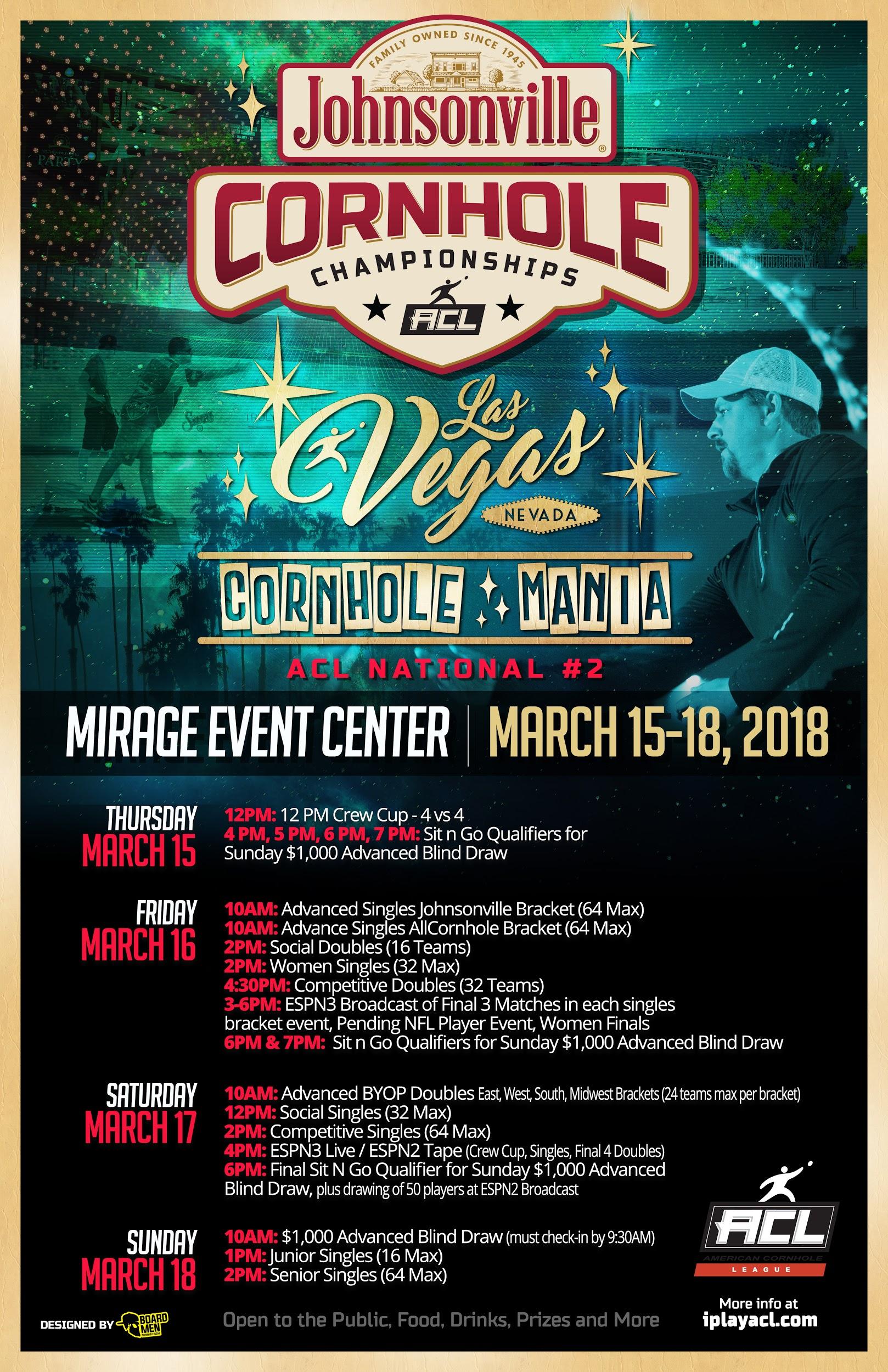