Electric. There are few words that describe what happened this past weekend in Las Vegas other than electric. The atmosphere, the matches, the people. Everything. The storylines that carried over from the ACL Kickoff Battle in January not only intensified, they exploded. The clearest memory I have of the weekend is walking through the airport on the way home and thinking to myself, “did that really just happen?”

The second installment of the Johnsonville Cornhole Championships was a resounding success. The action kicked off Thursday with the Crew Cup tournament featuring 100 players. Here, we had the first look at how the players were going to handle the conditions of the weekend. The boards were fast, as the nearly humidity-free Las Vegas proved to be the perfect spot for the finesse player.

The cream of the crop rose to the top for the Crew Cup finals as the two overwhelming favorites met in the finals. Team Camba (Jordan Camba, Jordan Langworthy, Frank Modlin, and James Baldwin) went undefeated on day one, and I don’t believe they ever let anyone score double digits points against them. Just from my initial reaction, I thought all four players had a legitimate shot to dominate singles play the following day (I would be proven wrong later). Team Lane (Scott Lane, Derrick King, Jamie Graham, Trevor Brooks) would meet them in the finals with their only loss of the day coming from, you can probably guess, Team Camba.

Day Two is where the electricity began. To start the day, I coordinated some Facebook Live broadcasts and I could not have been more pumped up for my first round matchup: Jamie Graham vs. Matt Guy. But let’s step back for a second.

The night before I sat with the rest of the ACL staff at the Irish Pub in our hotel, New York, New York. We talked about how the day went and started throwing out names that we thought had a legitimate chance to win the weekend. The most recent top dogs were obviously thrown around. The Ryan Windors, the Jordan Cambas, and even the Jamie Grahams were among the most popular picks. We questioned the ability of some newer players, the Texas crew, and even the West Coast locals, but one name kept coming back to me.

See, through listening to the entire conversation, Matt Guy’s name was not mentioned once. If we all recall, Matt played...not his best in Kissimmee for the first national. Even back to his conference event in November, Matt lost 21-0 to his son to finish third. People remember Jordan Langworthy beating him in the finals last year at the Championships of Bags, and aside from a few 7 point and 5 point rounds, it wasn’t even close. Going back to that first round matchup with Jamie Graham I mentioned earlier? Not even close. Graham beat him down, 21-4.

A match for the ages between Isidro Herrera and Matt Guy

But that’s what Matt does best. Fly under the radar and prove everyone wrong.

After that loss, Matt won 10 straight games. He dominated some competitive players and made quick work of powerhouse players like Frank Modlin and Jordan Camba. His two game series in the finals of his singles bracket with Isidro Herrera saw 298 bags go into the hole, an ACL record. When he met Ryan Windsor in the finals under the lights of an ESPN broadcast, he continued to shine brighter. A 21-6 win was all it took for Matt to become a champion. Matt Guy’s performance at the Johnsonville Cornhole Championships: ACL Cornhole Mania was nothing short of legendary. 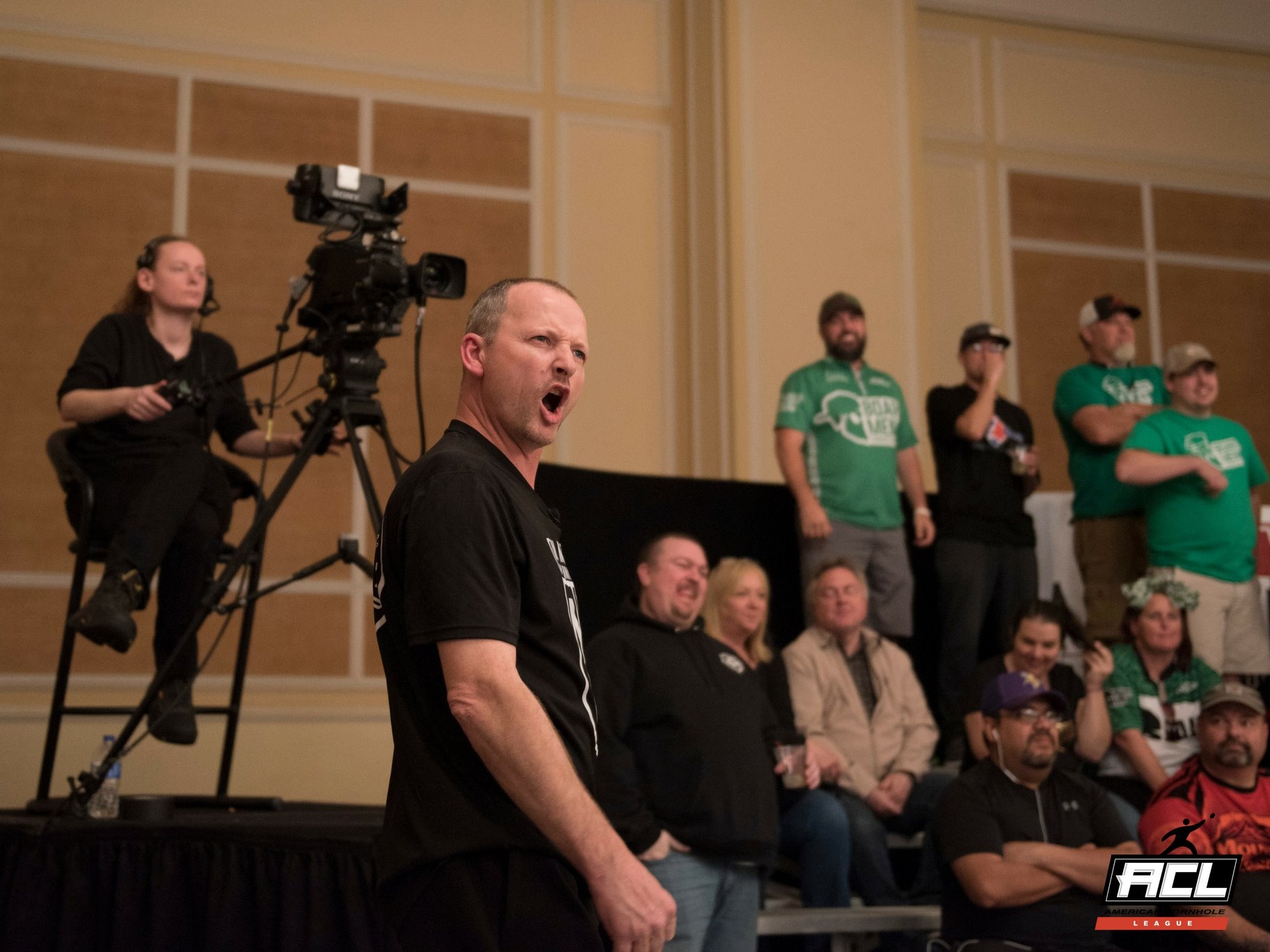 What was even more remarkable was that he continued that hot streak into doubles. I won’t lie, even after Matt won singles, I didn’t consider him and his son, Bret, a favorite to win doubles. With a last four lineup including Ryan Windsor/Isidro Herrera, Adam Hissner/Cody Henderson, and Trevor Brooks/Jamie Graham, I considered Guy Nation an underdog.

Yes, Matt and Bret Guy won again. They beat up on Herrera and Windsor and brought forth one of the greatest comebacks in recent cornhole history. I will be the first to deem Bret Guy’s airmail drag in the finals to score 8 points against Trevor Brooks the “shot heard ‘round the Cornhole world”. Even after that 17-17 score, Bret and Matt had to lean on a crucial Trevor Brooks miss in order to capitalize. The game was filled with smack talk, energy, and a whole lot of great cornhole.

I guess what I need to say is that legends are legends for a reason. Matt Guy has proven he is a living one. Christine Papcke is slowly becoming one after she won again in the Women’s Singles Division in Las Vegas. Shoot, maybe even Jamie Graham and Trevor Brooks are entering that conversation after finishing second in doubles and winning Crew Cup (with an intense sudden death match, if I might add) with Scott Lane and Derrick King.

But for now, Las Vegas belongs to the Guys.

Make sure you tune in to the ESPN2 coverage of the Johnsonville Cornhole Championships: ACL Cornhole Mania. The three airings are:

See you in Green Bay. I can’t wait.