Year after year, tens of thousands of spectators have flocked to Coney Island on July 4th to witness one of the great American pastimes - people eating as many hot dogs as possible in 10 minutes. This year America’s hottest sport powered by the American Cornhole League entered the conversation with an All-Star cast of characters that included 16 ACL Pros, George Washington, Ben Franklin, Bald Eagle and Lady Liberty.

The ACL Pro Invitational presented by Johnsonville appeared live on ESPN2 immediately following the hot dog eating contest. Somewhere between the Jennie Finch Pitcher vs Pitcher Facebook Live match, Megyn Kelly Today Show, Yahoo! Finance, CNBC and the Fox and Friends appearances, the ACL Pro Invitational created the biggest hype and largest live television audience around a cornhole event that this country has ever seen. The 16 players that competed felt that pressure, but still put on an incredible show. 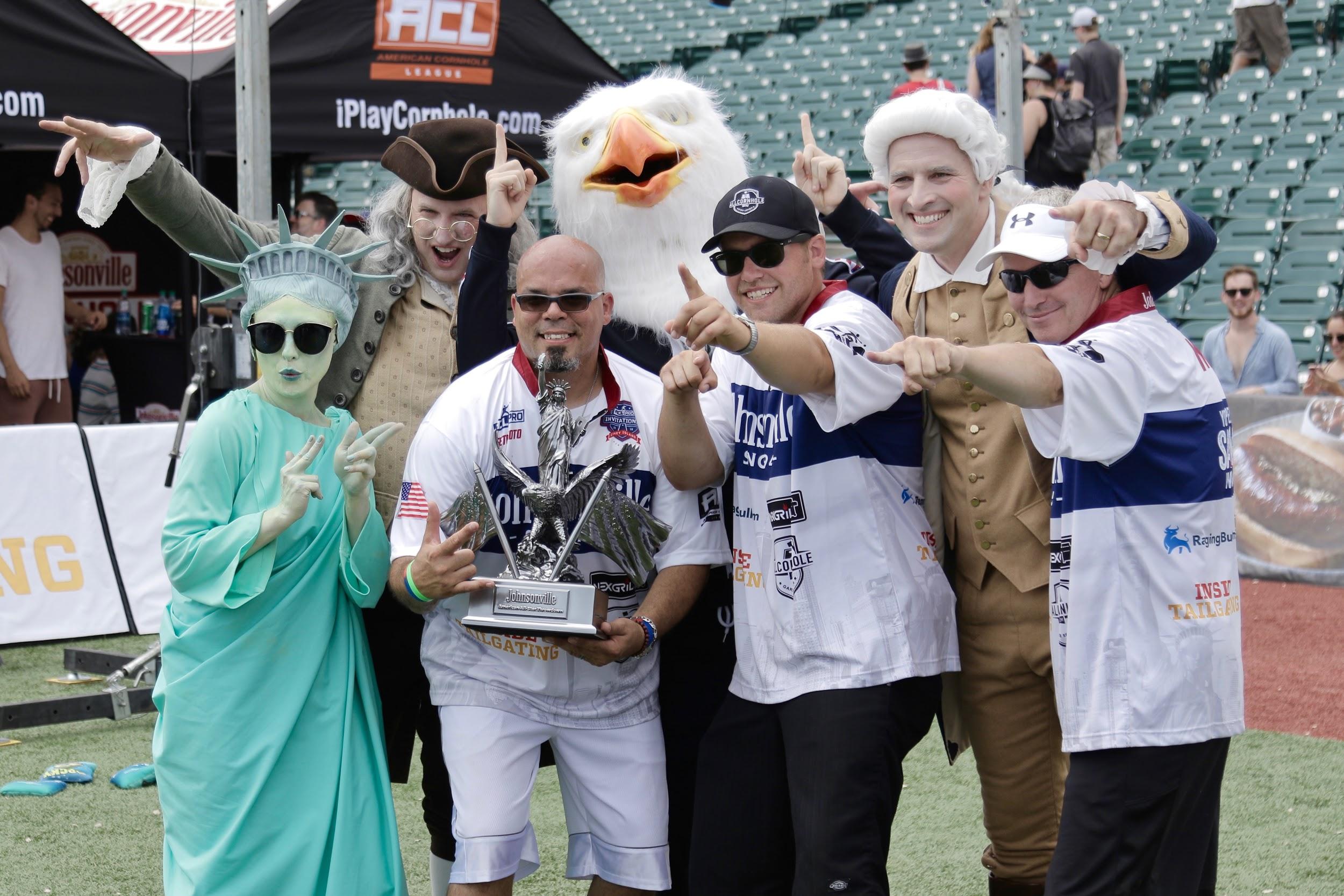 The unique blind draw format created the most buzz throughout cornhole nation. You had teams like Adam Hissner and Christine Papcke, who have played together many times, and other teams like Scott Lane and Ken Schaef, who had never met.The players worried about the wind and weather, but when it hit game time, it was calm, clear, and scorching hot.

The first round of the Invitational proved to be the key for the entire tournament. Eric Anderson, a relatively unknown player, looked as though he had played on the main stage 100 times. His 9-point round 6 against David Gardner proved to be the biggest round of his young Cornhole career. Without those 9 points, we would have been crowning a different Coney Island Champion.

The 9-0 comeback by Eric Ryder and Jordan Camba against Allan Rockwell and Seto Soto showed how dominant of a team Ryder and Camba could be if they stayed focused. Camba’s loss of focus early in the game put them in a hole, but to score 21 points in just 6 rounds shows how greatly they recovered, not to mention their combined 12 straight bags over 3 rounds. 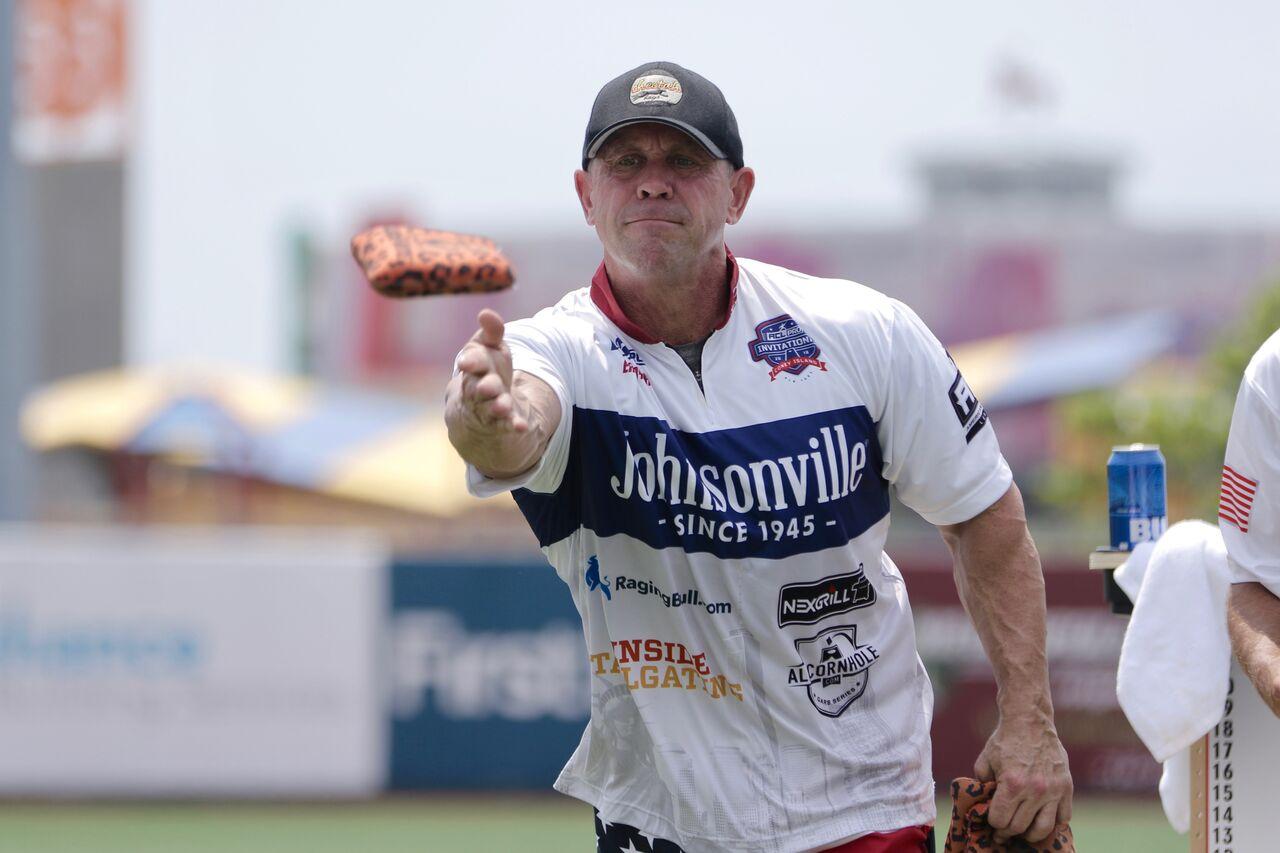 Cody Henderson was typical Cody Henderson, scoring often against a Wally Justus that struggled to stay down the center. 8 straight bags and 2 straight airmails to end the game became the nail in the coffin. Pfaff didn’t score much during the game, but a 4 point round 6 from Pfaff was enough to let Henderson do the rest.

The final first round game was one of the more interesting. In my pregame analysis, I questioned which Scott Lane would show up. I mentioned that if Scott Lane was in form, he and Schaef would be difficult to beat, even by the favorites of Adam Hissner and Christine Papcke. What I found so interesting was that I thought Lane played well enough to win, but came up a few tough breaks short of advancing. Three separate shots by Lane bunched in the hole leaving 8 points on the table. If those bags fall, the first round ends much differently for Lane and Schaef. In the end, it was Papcke’s ability to take advantage of multiple Schaef bags off the board that was key to the favorites’ advancement. 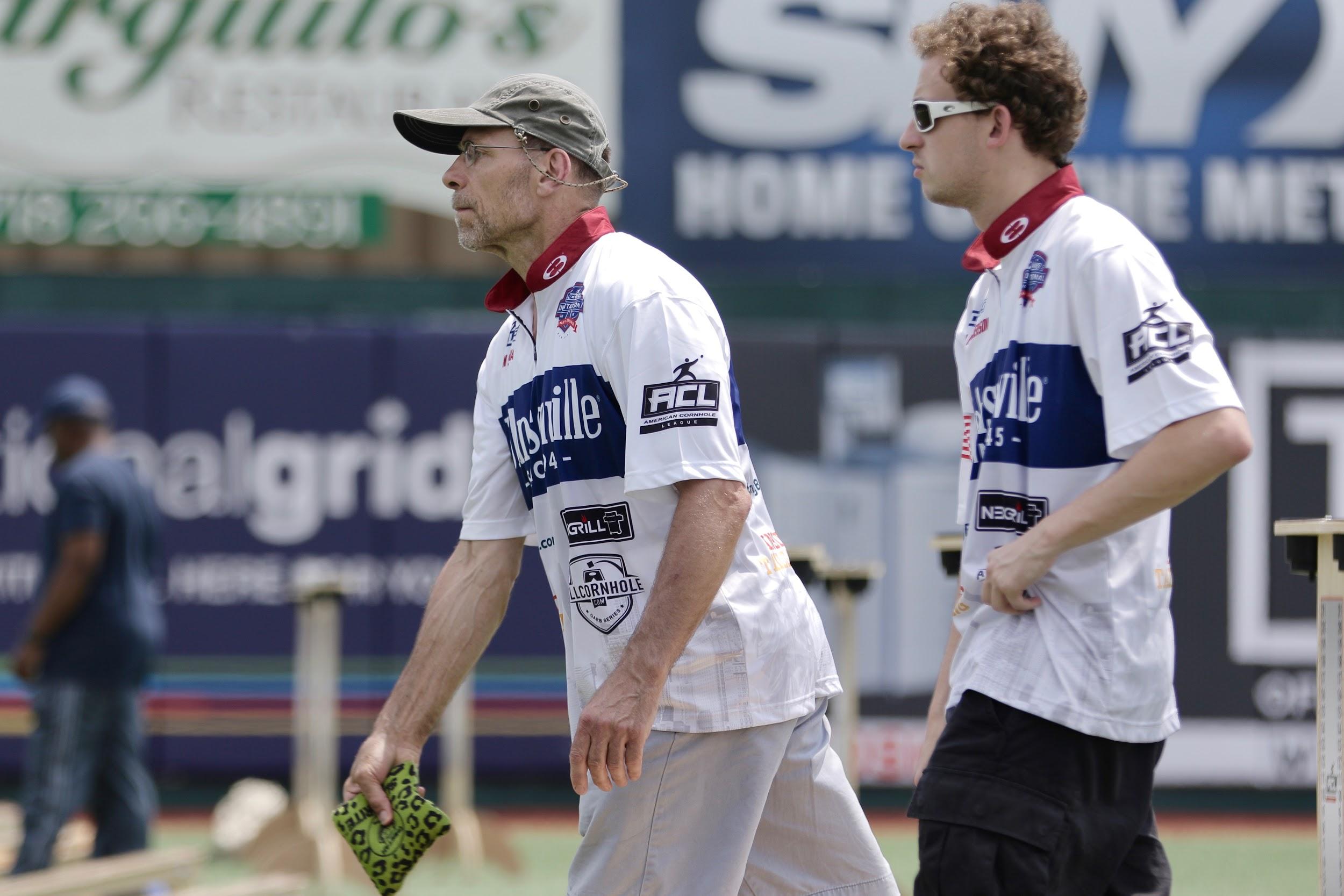 Ken Schaef practicing against Cody Henderson prior to round one

The semi-finals are where the statements were made. The first semi-final between Camba/Ryder and Modlin/Anderson we all knew would be close. Yes, the game ended with only 1 point separating the teams but I think the game was decided in round 4. Jordan’s second bag hitting the front board dead spot led to Frank Modlin scoring 3 points. With a 7-6 final score, those 3  points were the highest scoring round of the game. It also gave Modlin and Anderson first bag which proved to be crucial in a game with multiple plugged holes and washes. All four players put on a show with their craft and strategy and it was the most entertaining game of the day.

The biggest surprise of the day game in semi-final #2. Yes, we all knew that Henderson and Hissner, long time doubles partners, would both throw well against each other. However, no one expected the performance of Mike Pfaff. From the first round 3 points, to the crucial 4 bagger, to the 4 point round 9, Pfaff arguably threw his best game of the year. Henderson’s ability to limit Hissner from scoring much, and some timely points allowed Pfaff to carry the team to victory, a win that Pfaff will not soon forget. 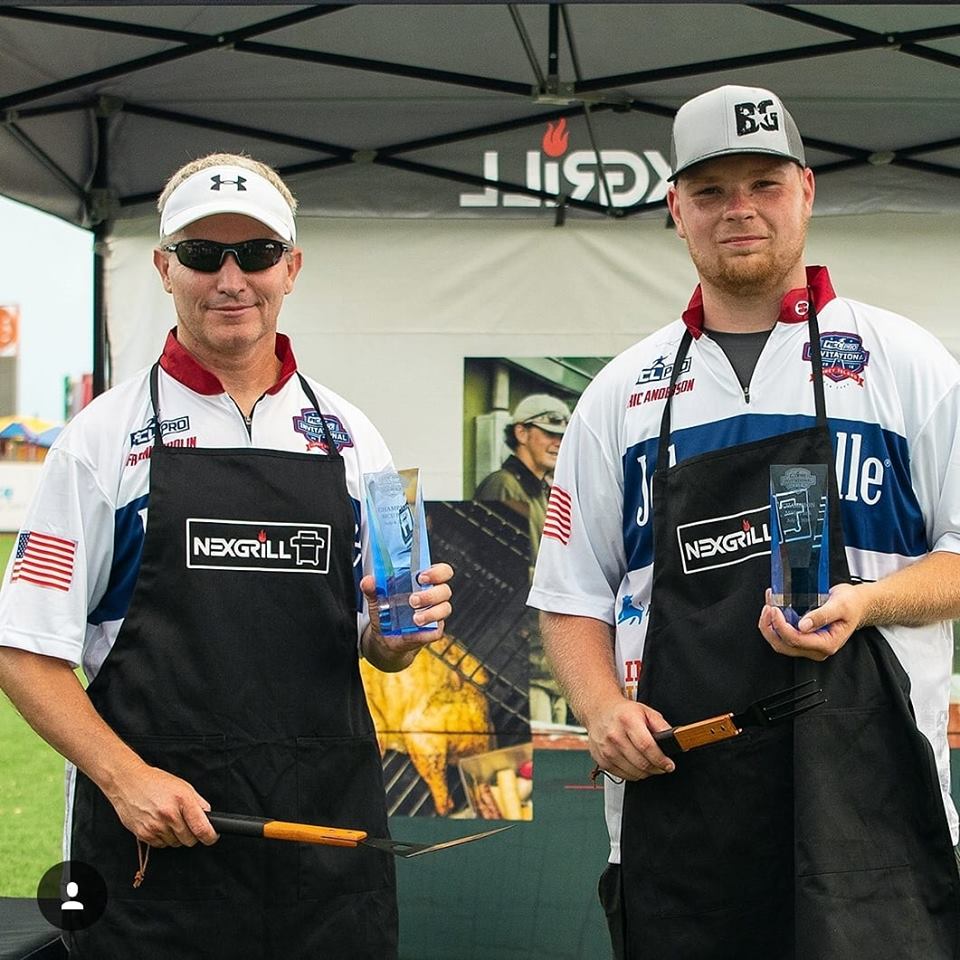 After all of the action and all of the drama, we found ourselves in the finals. When sitting down and trying to process who would win this Pro Invitational, it truly came down to pressure. Which team could handle all of the pressure that comes with an ACL Finals appearance? In the end, that person was Eric Anderson. Cody Henderson and Frank Modlin were relatively even. Henderson scored a few but Modlin did what he does better than anyone else. Coach. Yes, coach. When the pressure was high and the stakes were higher, Frank Modlin coached his partner to victory. Eric Anderson was not only consistent in the finals, he was clutch. The newbie from Cleveland, Ohio looked as though he was in his backyard practicing. He was focused and played the most important game of his career., and he played it well. If this Pro Invitational taught us anything, it’s that team chemistry means more than you think. It also reminded us that anyone can play, and anyone can win.

Let’s do it all over again in Cherokee.