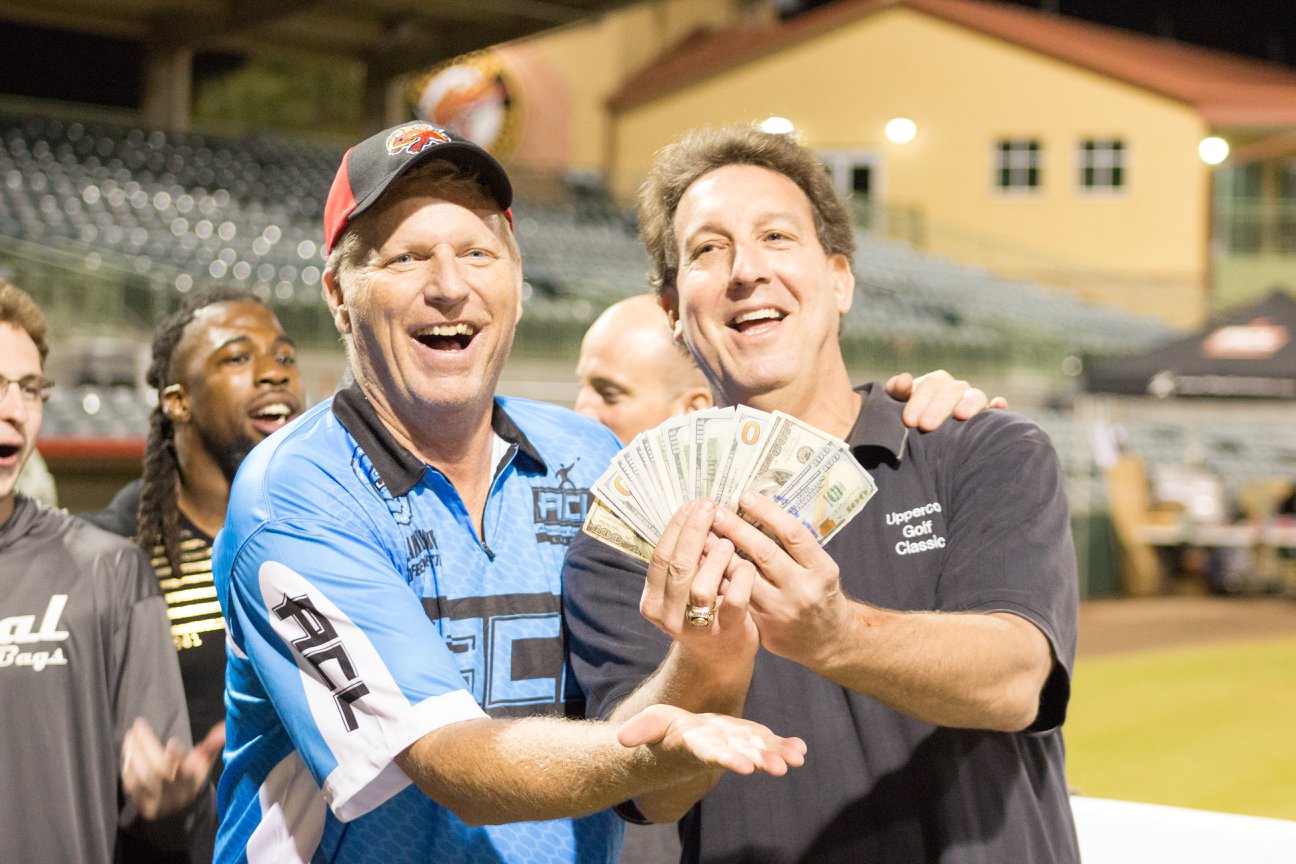 In January of 2018, the ACL unveiled its first ever charity event at the ACL Kickoff Battle. This event featured four retired NFL players competing alongside four ACL Pros with the winner earning $5,000 to the charity of their choice .Ex-NFL player Dan Upperco took his $5,000 grand prize he won with ACL Pro Allan Rockwell and donated it to the Mary Ellen Upperco Scholarship Fund which helps to recognize Florida students whom excel both in and out of the classroom.

Jimmy Graham addresses the crowd at his 2018 Charity Cornhole Challenge

Flash forward 6 months later and the ACL teamed up with NFL All Pro Jimmy Graham for the 2018 Jimmy Graham Charity Cornhole Challenge. Having strong connections to the military and being an avid pilot, Graham wanted to put on an event which would benefit both the Wounded Warrior Project and Angel Flight. I personally had the opportunity to talk with Graham and he told me Cornhole was the best way to combine his passions of giving back and staying competitive. Watching the finals of the tournament at the Badger State Brewery, I remember his comment that there’s nothing better than “bags, beer, and ball”.Over $20,000 was raised that day.

The goal of ACL Charity is simple: to give back through competition. For years, celebrities and organizations have relied on golf tournaments to be the source of charitable competition. Golf, however, has not been a sport through the years capable of reaching all demographics. With many of its competitors being upper middle class citizens, it becomes difficult to reach people of all backgrounds for a charity golf tournament.

The ACL believes that Cornhole can really become the ultimate charitable sport. Cornhole is both low cost and has a low skill entry into the game. With a slogan of “anyone can play, anyone can win” the league prides itself on being able to reach all demographics. So how do I know if ACL Charity is for me?

The answer is clear: ACL Charity is for anyone and everyone! Whether you are looking to raise $5,000 for a specific cause, or looking to raise $100,000 for a charity of your choice, the ACL can help to create successful turnkey events. Leveraging the ACL’s expertise and resources in media, technology, event management, marketing, and social media, let the ACL help you run your next charity Cornhole event. ACL Charity Events also have linear telecast and/or ACL Digital Network broadcast opportunities.

If you have an event that you’d like to partner with ACL Charity, you can contact us at info@iplaycornhole.com. Anyone can play, and anyone can win!