I can't believe it but we have already passed the halfway point of the 2019 Johnsonville Cornhole Championships. It has been an incredible ride thus far and I look for the intensity to continue right into the 2019 ACL Bag Brawl. The Harrah's Ak-Chin Casino just outside of Phoenix, Arizona will host this third ACL National of the season, and this National is shaping up to be a desert throwdown. At this point, all players have had an opportunity to play in two ACL National tournaments as well as two Conference tournaments meaning the rankings have begun to take their end-of-season shape. It will be nearly impossible to live up to the incredible 2019 ACL Cornhole Mania, but something tells me this event will have some nuances that interest cornhole fans and players across the country.

For the past two seasons, the ACL has traveled to the Western United States for an ACL National. Those Nationals were hyped as an opportunity for the West to showcase their top level talent. This season, however, the theme is a little different. This time around, we know the superstars, we know the big names. The question isn't if the West will deliver some top talent, it's how much top talent it will deliver. In my review of the 2019 Cornhole Mania I mentioned new names of some Westerners like Danel Resurreccion who came into the tournament with essentially no notoriety and impressed many cornhole enthusiasts like myself. One of my general thoughts going into this National is that I can't wait to see who the no-name sleeper is. This National will be the biggest tournament to ever hit Arizona, so I'm looking for the local player (or even a Cali traveler) who is going to make some noise and hurt some feelings the weekend of May 17-19.

After two Nationals, I'm feeling bold. For this preview, I'm only going to give you my biggest and boldest predictions to date. Why not, right? 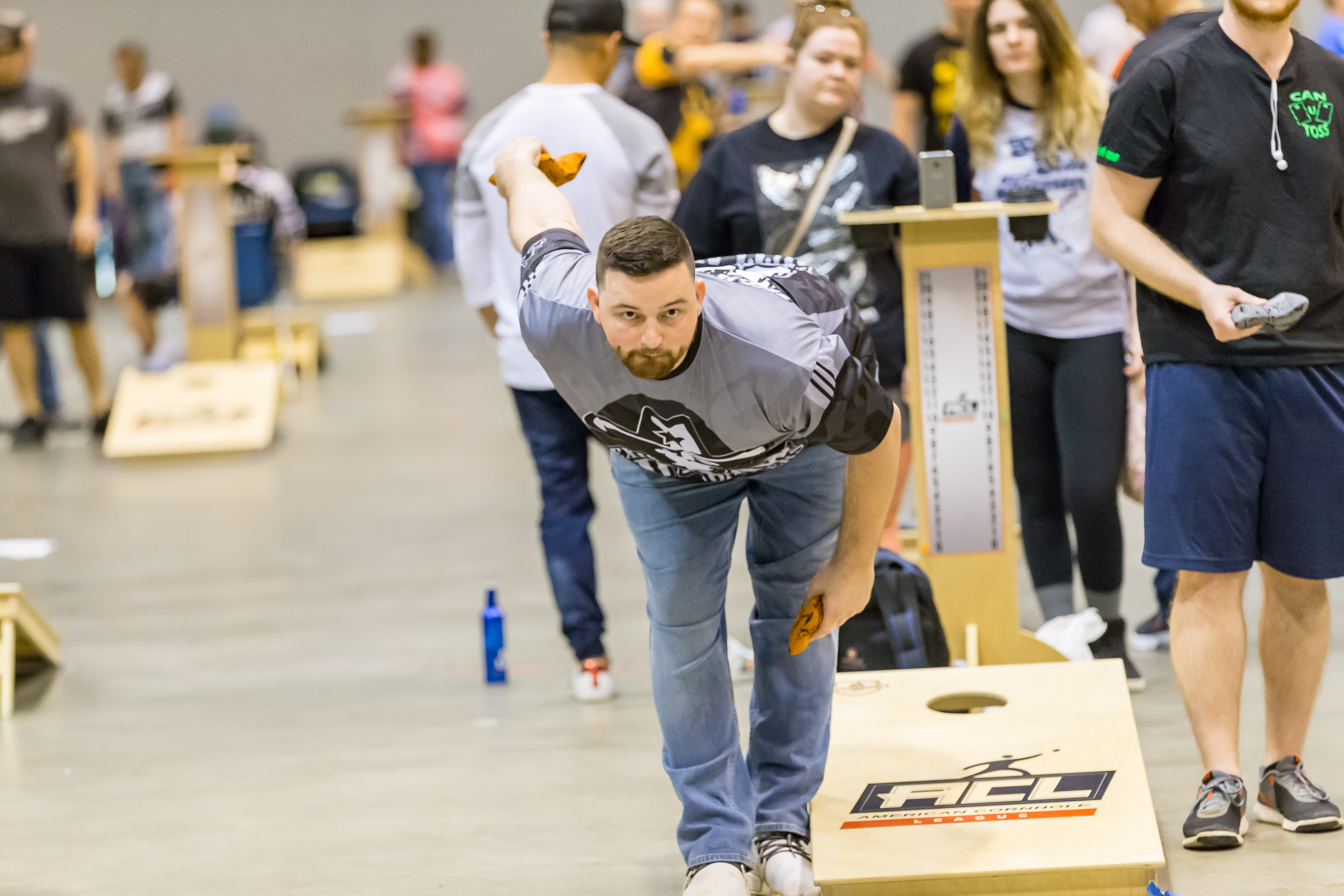 I may have just lost half my readers, but hear me out. It's been two years this month since the sport made its National debut out West, and it has grown exponentially since then. Some talented regions Cornhole have emerged in Arizona and California, not to mention the momentum Texas has seen over the past two years. Led by Blake Demale, currently ranked in the top 50, Californians are expected to travel in waves over to Arizona. Demale had a decent finish at the 2019 Cornhole Mania including a couple good wins against ACL Pros Matt Hall and Michael Lucas Jr (who came into St. Louis red hot), but certainly didn't live up to his maximum potential. From Arizona, I'm interested to see how both Bill Hadley and Mike Torres perform. Bill Hadley is the highest ranked player in the West Conference and although he wasn't able to break into the money at the second ACL National of the season, Hadley did have a big win against ACL Pro Brandon Corwin before exiting. Torres was really one of the big surprises in St. Louis finishing 9th in his bracket which featured a four game winning streak that included eliminating Hadley. 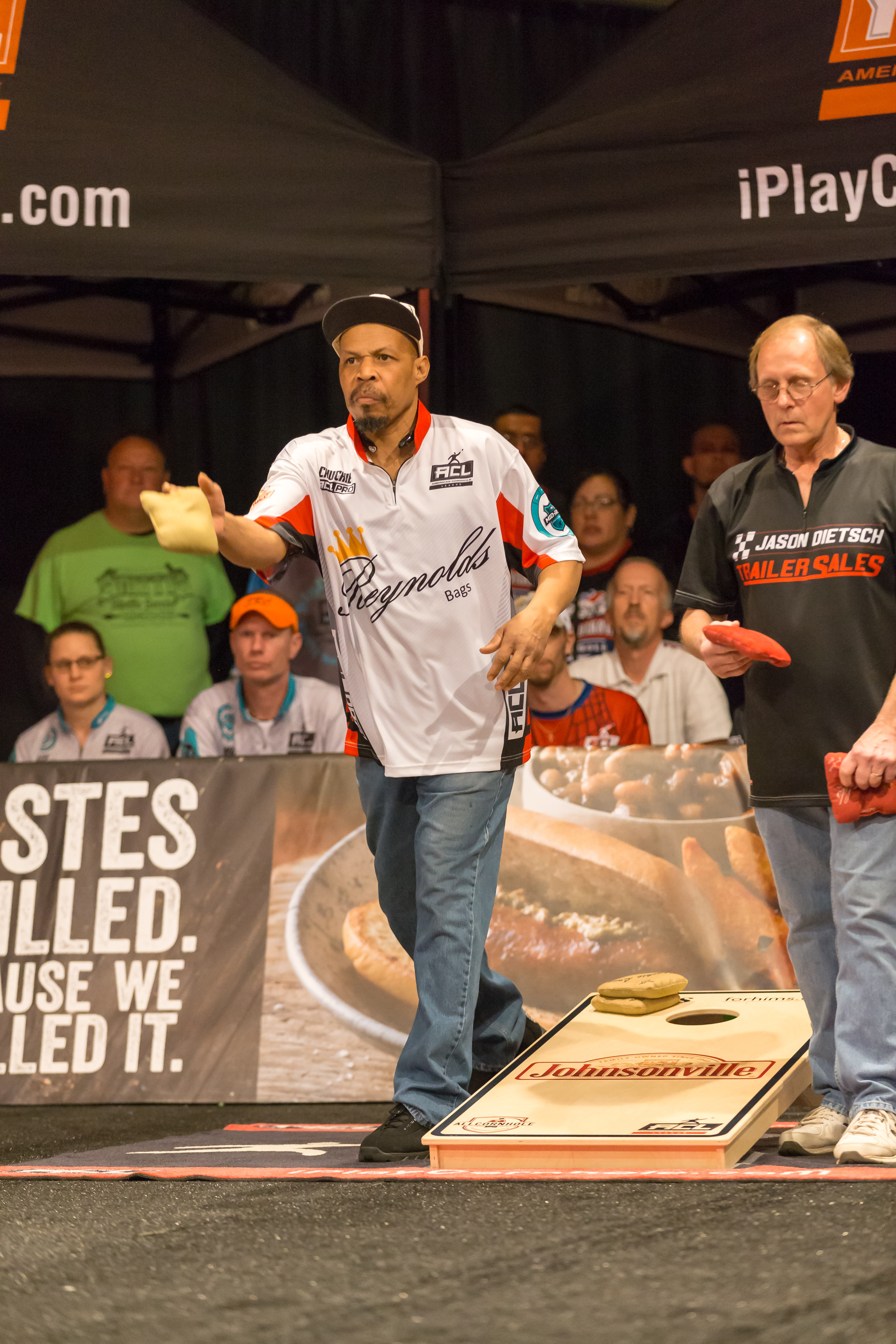 You can't forget about Texas either. ACL Pros Josh Groce and Eddie Grinderslev just seem to be alternating regional wins month to month in the Lone Star State. Anytime you make a combined 122/136 bags in one game, you're bound to get some eyes on you. Grinderslev temporarily held the #1 Overall ranking but now comfortably sits at #2 thanks to his third place finish at the 2019 ACL Cornhole Mania. Groce is lagging some regional and conference tournaments and thus sits back in the rankings, but his impressive finishes in both singles and doubles in St. Louis tell me that he is going to be incredibly hard to beat in Arizona. At the Cornhole Mania, he and partner Eric Weathers only lost to one team all day (Greg Geary and Lester Price, twice), and Groce only lost to the first and second place finishers in his bracket, Grinderslev (of course) and Leston Allen. AJ Sims is a possible sleeper to watch for here, having a big regional win recently over all three of the Texas names mentioned above.

From a purely statistical perspective, this prediction is particularly bold, but I stand by it. We were only one match away from this prediction being a reality in the second National of the year. If not for an uncharacteristically poor performance in their last game against Emory Parker and Matthew Sorrells, Stacia Pugh and Chuckie Love may have very well made it onto that television broadcast in St. Louis. Pugh and Love have a unique partnership that is downright entertaining to watch. Love's swagger combined with Pugh's quirkiness makes for one of our most interesting ACL Pro teams. The pair both rank in the top 30 in Overall rankings as individuals and as a team they rest at #9 in ACL Pro Doubles. If Love can get on an airmail streak and if Pugh's methodical approach can be enough to get opponents off their game, watch out ESPN.

Their are quite a few other ACL Pro Women but the other that I believe has the best chance to break into the playoff is Christine Papcke, paired with Ken Schaef. Both players are in their second season as ACL Pros meaning they both have television broadcast experience from the 2018 ACL Pro Invitational. They both play a similar slick-side game and in the dry climate of Arizona, you wonder if the boards may play just a little faster than the other Nationals. If so, expect Schaef and Papcke to have strong finishes in both singles and doubles. Schaef in particular sits at #25 in the country coming off a big singles second place finish at the Mid East Conference Event #2 (losing only to Chuckie Love, go figure). Papcke has the experience, let's see if she can make history.

When you start the season well, it becomes a little easier to maintain momentum in these seeded tournaments. You earn some early games against lower seeded teams to start the rhythm that hopefully sustains throughout the tournament. On the flip side, recovering from a slow start can be such a steep hill to climb. There are some teams that are rather surprising to have so low in the rankings this early but it only takes one good day to make it onto that main stage. One team that's rather surprising to see outside of the top 20 is Jay Dotson and Sean Short. Dotson and Short have polarizing finishes in their two Nationals. Florida was a terrible display on their part but they've begun to turn things around, finishing 3rd in their bracket in St. Louis. Dotson is always going to be tough to beat and often the success of the team rests on the shoulders of Short. 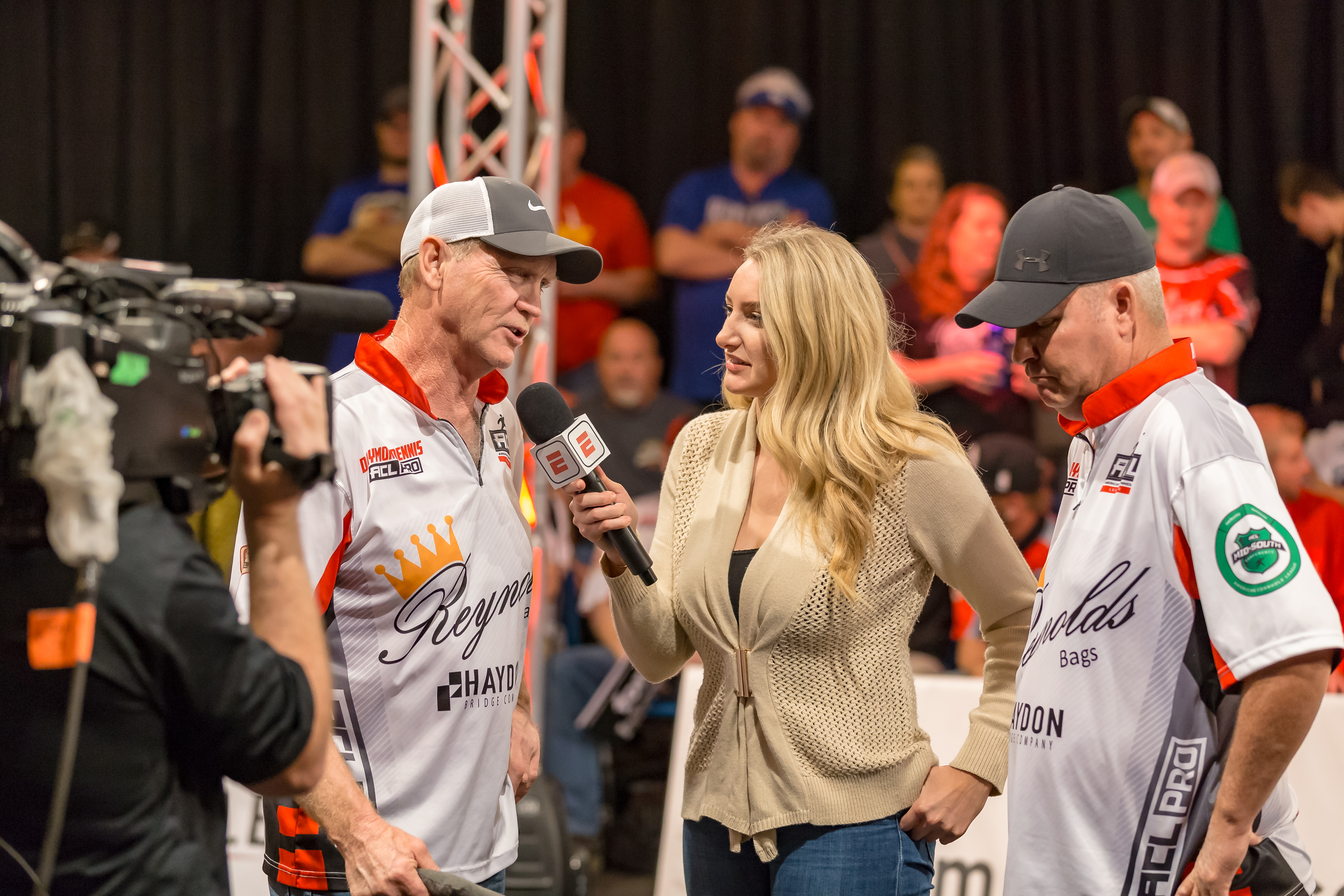 Daymon Dennis and Philip Haydon won ACL Pro Doubles at the 2019 ACL Cornhole ManiaAnother obvious team to expect near the top even with their #22 ranking is Jay Corley and Tyler Poythress. They've made the four team playoff in back-to-back Nationals in Advanced Doubles (including a first place finish at the Cornhole Mania) but for whatever reason the same level of play isn't translating over into Pro Doubles, but don't expect that to last much longer. Don't sleep on hometown heroes Doug Zafft and Bill Hadley, neither. They've had almost equivalent finishes in each of the two Nationals and you wonder if the home field advantage will play a role and give them a little extra motivation to break into the playoff.

A New Conference Takes Over the #1 Power Ranking Spot

The Southeast Conference has certainly had the most impressive resume on the year. They certainly aren't going to just hand over the #1 spot (especially if "Team ESPN" Emory Parker and Matthew Sorrells have anything to say about it), so overthrowing the leaders won't be a simple task. However, there are four conferences right on their heels according to my latest rankings. The Great Lakes Conference will have a chip on their shoulder after dropping a few spots in the rankings. Look for teams like Dave Sutton and Isidro Herrera to carry the team in not only ACL Pro Doubles but Advanced Doubles as well. The odds tell us that the Mid-South Conference is bound to have some high finishers in something other than just ACL Pro Doubles. Perhaps this event is the one that finally gets teams like Josh Lunsford and Jimmy McGuffin onto that broadcast court.

The Atlantic Conference hasn't had that breakthrough event either. I feel like I haven't mentioned 2018 ACL Singles Champion James Baldwin's name once this season, so that is bound to change. I keep waiting and expecting Ryan Smith and James Washington to have a big finish as well...perhaps the new glove that Smith is sporting will help? Finally, the Mid-East Conference is right on the edge. They seem to putting a strong WCO World Cup team together and if fringe teams like Jay Dotson/Sean Short or Beau Horky/Matt Strzala can finish top 5 in a bracket, it may be time to crown a new #1, time will tell.

Here we go again with my ridiculous attempt to pick some winners.

Advanced Doubles - ACL Pros Matthew Sorrells and Emory Parker. People forget that Advanced Doubles is the last tournament of an all-day Saturday, stamina plays a role. These two get their first win.