For years, cornhole was a regional game. You knew all the great throwers in your area and on occasion, those guys from 3 hours away would come in town if there was a prize pool big enough to justify the drive. As the sport grew, you started learning about and playing with some of the better players from your surrounding states. Driving 6 hours to a cornhole tournament was no longer a crazy idea. Shoot, Frank Modlin used to drive 8 hours every month to play in a regional with his partner, Jordan Langworthy. As cornhole grew on the East Coast, a culture developed that spread all the way from the Northeast down to Florida. With that culture came confidence, and with that confidence came an ego.

And with every ego comes someone ready to dish out some humble pie.

2017 marked the first true battle of East Coast and West Coast cornhole. The Las Vegas National was truly divided down the middle, with about equal representation from the Western states like California, Arizona, and Oregon, and the Eastern states like Kentucky, Ohio, and North Carolina.

But leading up to Vegas? It didn’t feel that way.

Yes, the West Coast guys came into the weekend confident, excited, and maybe even a little anxious. They had seen names like Cody Henderson and Eric Zocklein plastered all over social media and this was their chance to finally show the world that the West Coast has arrived to the cornhole party. 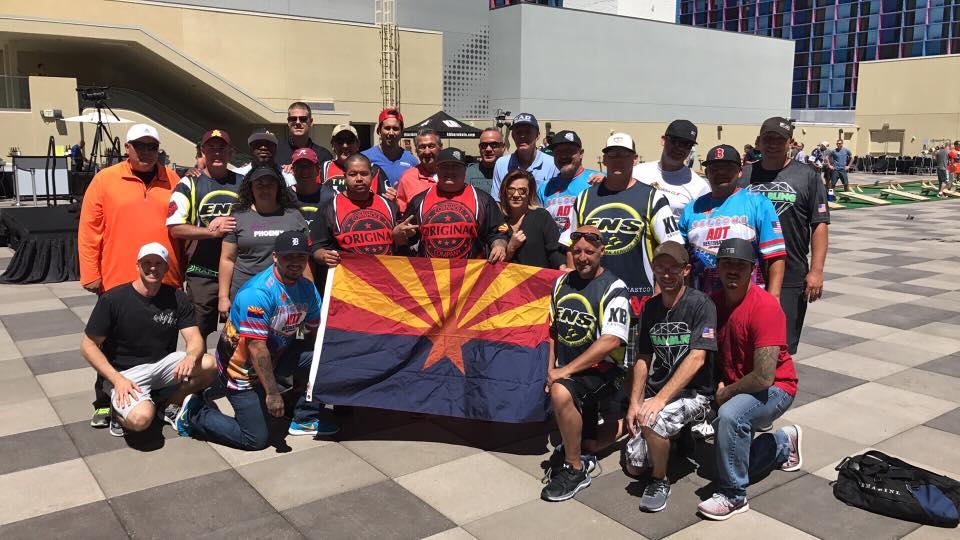 But the East Coast didn’t flinch. Yes, they’d heard of some names out West. They probably even saw some videos of these guys. Were they good? Sure. Could they beat us? Not a chance. It felt as though there was plenty of respect, but that the West Coast wasn’t ready for what the East Coast was going to bring to Vegas.

Unfortunately for the West, the East was right.

Every single player in the final 8 of the winner’s bracket of the 2017 ACL Las Vegas National Singles was from where? I’m sure you can guess: the East Coast. It was complete domination with most games featuring a player from each coast not even lasting 10 minutes. Danny Blanks from South Carolina defeated Cody Henderson from Ohio in the finals atop the Vortex at the Linq on a windy Saturday afternoon in sin city.

But that’s not where the story ends. This rivalry has only just begun.

David vs. Goliath. ’07 Giants vs. Patriots. ’17 Langworthy vs. Guy. Pick your favorite underdog story. Shoot, pick your favorite revenge story. The West has waited for this tournament for 365 days. A shot at redemption, a shot at payback. It has a different feel this year. It’s no longer a question of if the West can compete (we have seen the videos, we know they can), it’s about will they use the fuel of defeat from last year to propel them to the top.

The players feel the difference, too. Seto Soto, a top finisher from last year’s tournament, paints it as the West Coast having “a little bit more of an edge than the East Coast” this year. Todd Kisicki, a longtime Arizona player and director, knows what’s at stake. He’s ready for “a few West Coast players that are looking to get that first ‘statement’ win against top East Coast players” and adds that the “West Coast players have been improving tremendously over the past year”. Scott Phillips, one of the few West Coast players who finished well last year, is looking forward to this tournament as “a great way to accelerate West Coast competitiveness by getting everyone together in one place.”

The East Coast confidence is still there, though. Just like any rivalry, the favorites won’t just roll over for a “feel-good story”. The top of the mountain feels great and they don’t want to come down anytime soon. Just ask Cody Henderson:

“The West Coast has a lot of great up-and-coming players. The East dominated the top 8 last year in Vegas. I think there will be some great matchups but ultimately the East runs the table again.”

I personally cannot wait to see how this plays out. I mean what could be better than two cornhole regions battling it out for the crown?

How about adding a third into the mix?

Yes, the talk all year has been East Coast this and West Coast that. There’s one region, though, that’s tired of all this talk. One state that believes the best cornhole in the country is played in the deep south. That’s right, everything is bigger in Texas, they say, and they are ready to step in and show the country just how big cornhole is in the Lonestar State. 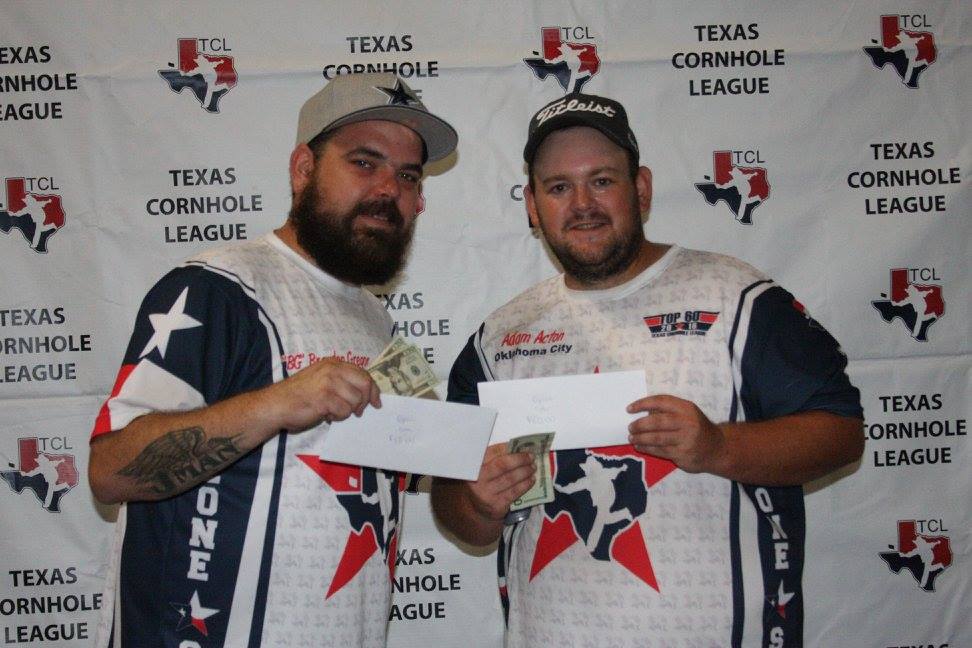 Texas (and other states involved with the ACL’s partner league, the TCL) anticipates sending over 40 players to Las Vegas to compete in this year’s National. I’ve watched some tape on some of these players and I tell you what, they’re good. Guys like AJ Sims and Eric Weathers I believe with utmost confidence will stir the pot in Vegas. Not to mention when I talked with TCL director Jason Andrews, he bold-faced told me “Christina [Espinosa] is going to win women’s singles.” I expect the big smack talk to continue and for Texas to show up.

The JCC: Kick-Off Battle in Orlando was the biggest and most talented tournament that I have ever seen, and I stand by that. The JCC: Cornhole Mania, however, has an opportunity to have even tougher competition. The field from the East Coast is stacked…again. The difference this go around, though, is that we have big question marks coming from the West and from Texas.

Will the West redeem themselves?

Is cornhole really bigger in Texas?