The wait is over! I feel as if we have waited so long for this first ACL National of the season, but in just one week we will be down in Fort Lauderdale, FL watching the best Cornhole players in the country compete for over $40,000. Over 400 players will fill the Fort Lauderdale Convention Center January 25-27 in what should be one of the deepest talent pools the sport has seen. Of course, the 2019 Johnsonville Cornhole Championships ACL Kick-Off Battle is headlined by the first ever ACL Pro Doubles tournament, where $10,000 will be up for grabs for the ACL’s first group of professional Cornhole players. The event that I’m personally most excited about is Women’s Doubles, where for one of the first times in sports, the Women’s division payout will match the payout of the pro division. It is going to be electric. 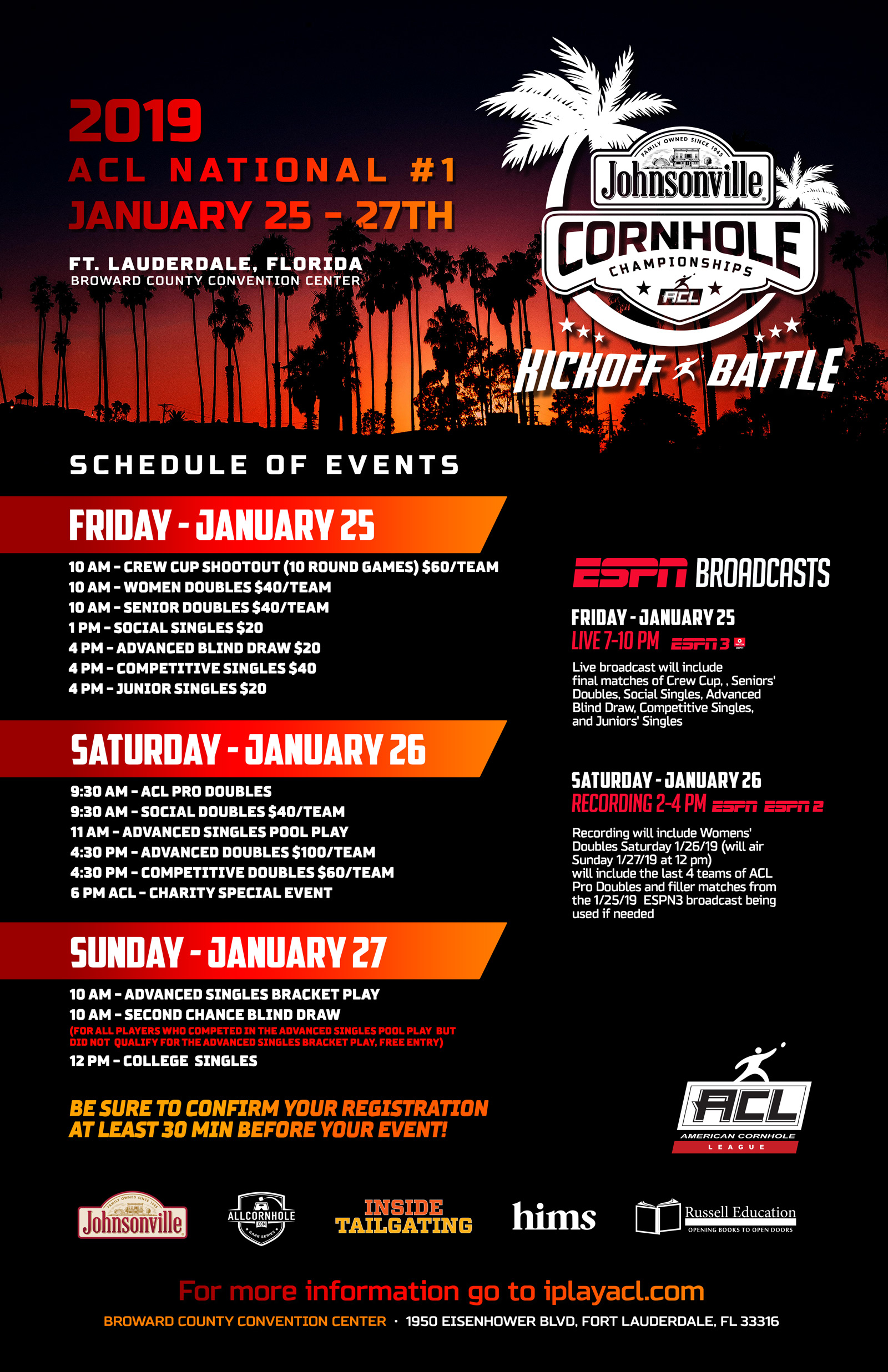 History is repetitive, and many times Cornhole history is too. To predict the top finishers at the 2019 ACL Kick-Off Battle, it doesn’t hurt to look at results from last year, specifically at those teams who finished the year strong. We’ve also had a chance to see all players compete in one Conference event so far, so we know who is riding momentum directly into this National.

If Vegas put some odds on some of these tournaments, you’d probably see ACL Pro team Cody Henderson and Adam Hissner with the strongest moneyline. Cody Henderson checks both of my boxes above, coming off his 2018 season as ACL Player of the Year and winning the first 2019 Conference event in the Mid-East. The only person to beat Cody this year in singles in bracket play? You can probably guess...it’s Hissner. Hissner is also coming off of his 2nd place finish at the 2018 ACL Championships in singles. As a team, the two have finished worse than first only one time so far this season, winning four Regionals and one Conference together. 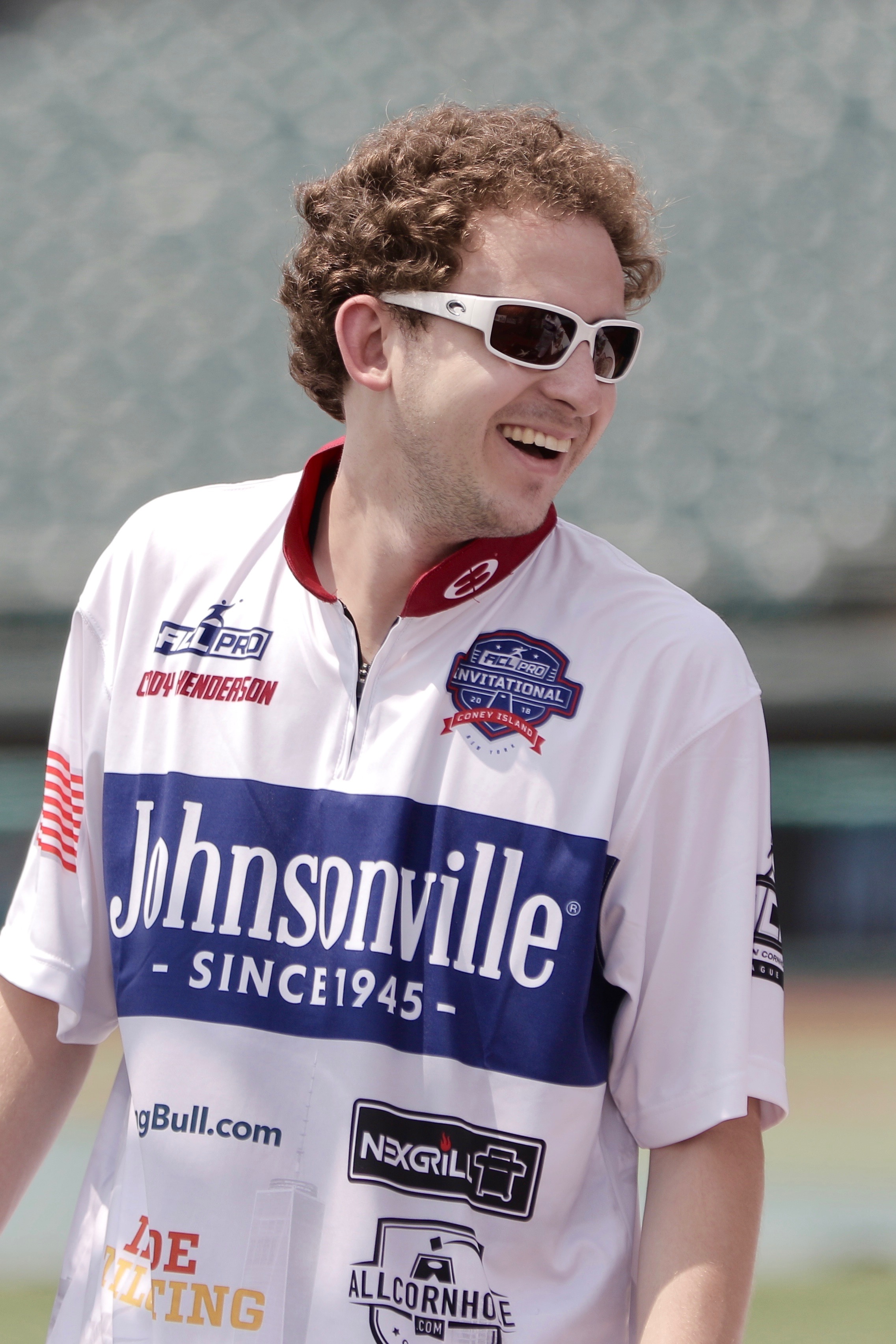 Another pair of players to watch is ACL Pro team Derrick King and Jordan Camba. Camba is coming off a 2018 season where he finished second in the ACL Player of the Year race. You could argue if not for a change in tournament format after the 2018 ACL Kick-Off Battle, Camba would have forced a one game playoff against Henderson for the POY crown. On the other end, King earned his first hardware at the 2018 ACL Championships, winning the Junior Singles title, playing in his last year of ACL Junior eligibility. Although the team underperformed together at the 2018 ACL Championships, the two tore up the cash tournament scene during the offseason and finished second at the 2018 $10,000 Gridiron Grill-Off back in November.

Age is only a number, which is evident in the play of ACL Pro team Philip Haydon and Daymon Dennis. Dennis may be the most immune to pressure player I’ve met. He left the 2018 ACL Championships with titles in Senior Singles and Senior Doubles, along with a third place finish in singles where he defeated Cody Henderson and only fell short to ACL Singles Champion and Pro James Baldwin. On the other end, you have partner Haydon who only ever seems to lose to Dennis. As a team in 2018, they had big wins like the ACL Final Chase where they defeated Matt/Bret Guy on a game winning slide shot by Haydon. Not to mention, these two regularly play in arguably the toughest regional in the country in Louisville, KY. 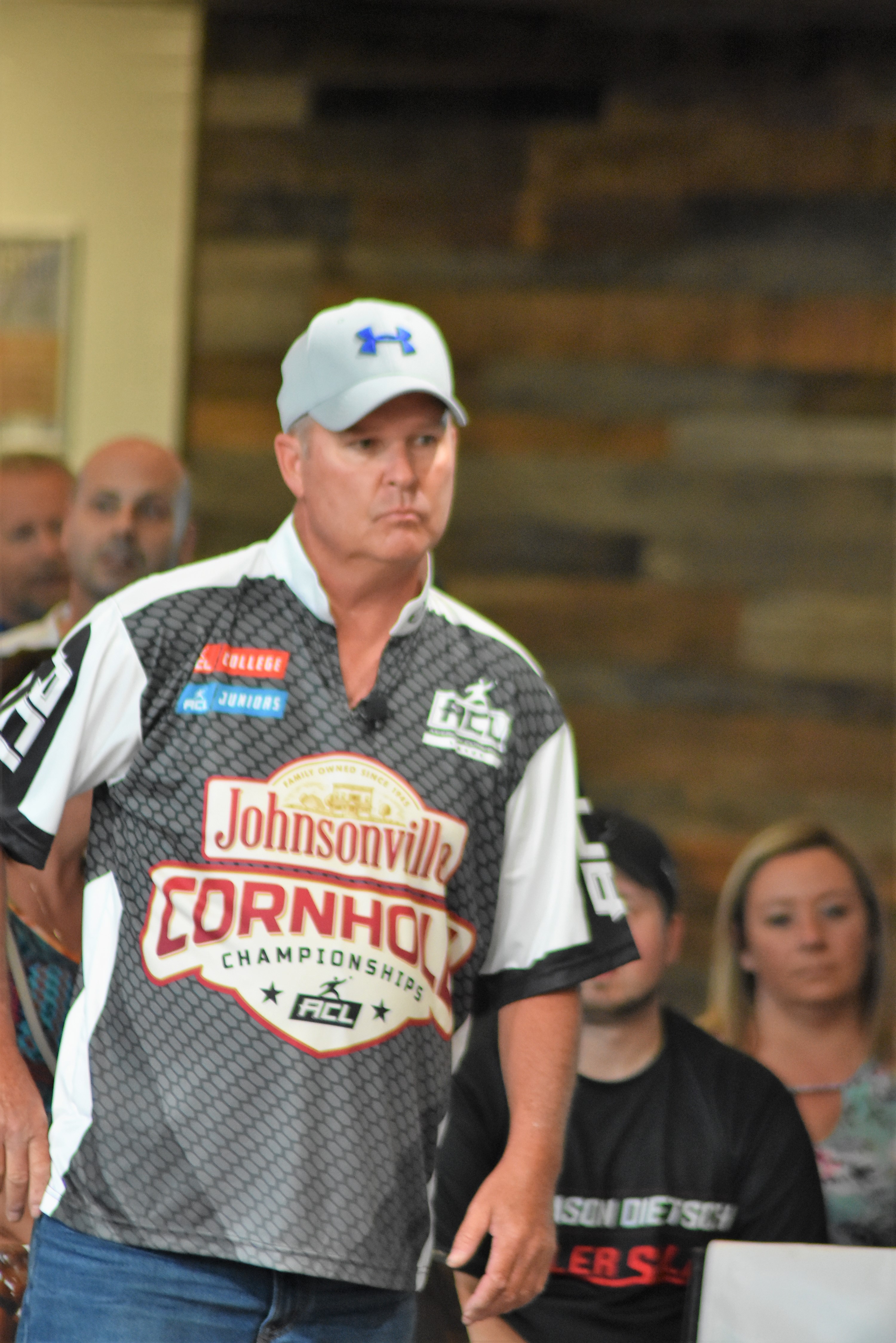 What We Don’t Know

I made sure to carefully phrase the last section. Yes, the best players from the previous year usually rise to the top the following year. But, there always seems to be a new handful of players that displaces a few in that elite group. Two years ago we saw Jordan Langworthy fight his way all the way into the finals and win the 2017 title. Last season, we saw teams like Curt Vogel/Brandon Bobilya and Greg Geary/Terry Mathis shock the field and clinch one of the last four spots at the 2018 ACL Championships.

One team I look to get some answers from is ACL Pro team Isidro Herrera/Dave Sutton. Herrera is an absolute machine. He was apart of the “Cornhole Perfect Game” at the 2018 ACL Cornhole Mania that saw over 200 bags in the hole over a two game span. I’m confident in Herrera’s ability to perform on the big stage. The question mark comes with Sutton. There’s no doubt that Sutton has been an elite level player in the Great Lakes Conference. What will determine the success of this team is Sutton’s performance. If he can play at the level of his partner (or better), better watch out for these two.

I’ve been hearing nonstop for the past two years that Texas has the best Cornhole in the country. Well, this year it’s time to prove it. ACL Pro team Eric Weathers and Josh Groce lead the Texas group of players and will have high expectations (at least from me) this season. Weathers had two big back-to-back wins against ACL Pro Eric Ryder and Bret Guy at the 2018 ACL Cornhole Mania and Groce has defeated Cody Henderson in match play previously. The key will be whether they can sustain the constant level of talent that will be thrown their way. At the Regional level, only having to win three tough games can be normal. At the National level, you need 7-10 incredible performances to win a title. 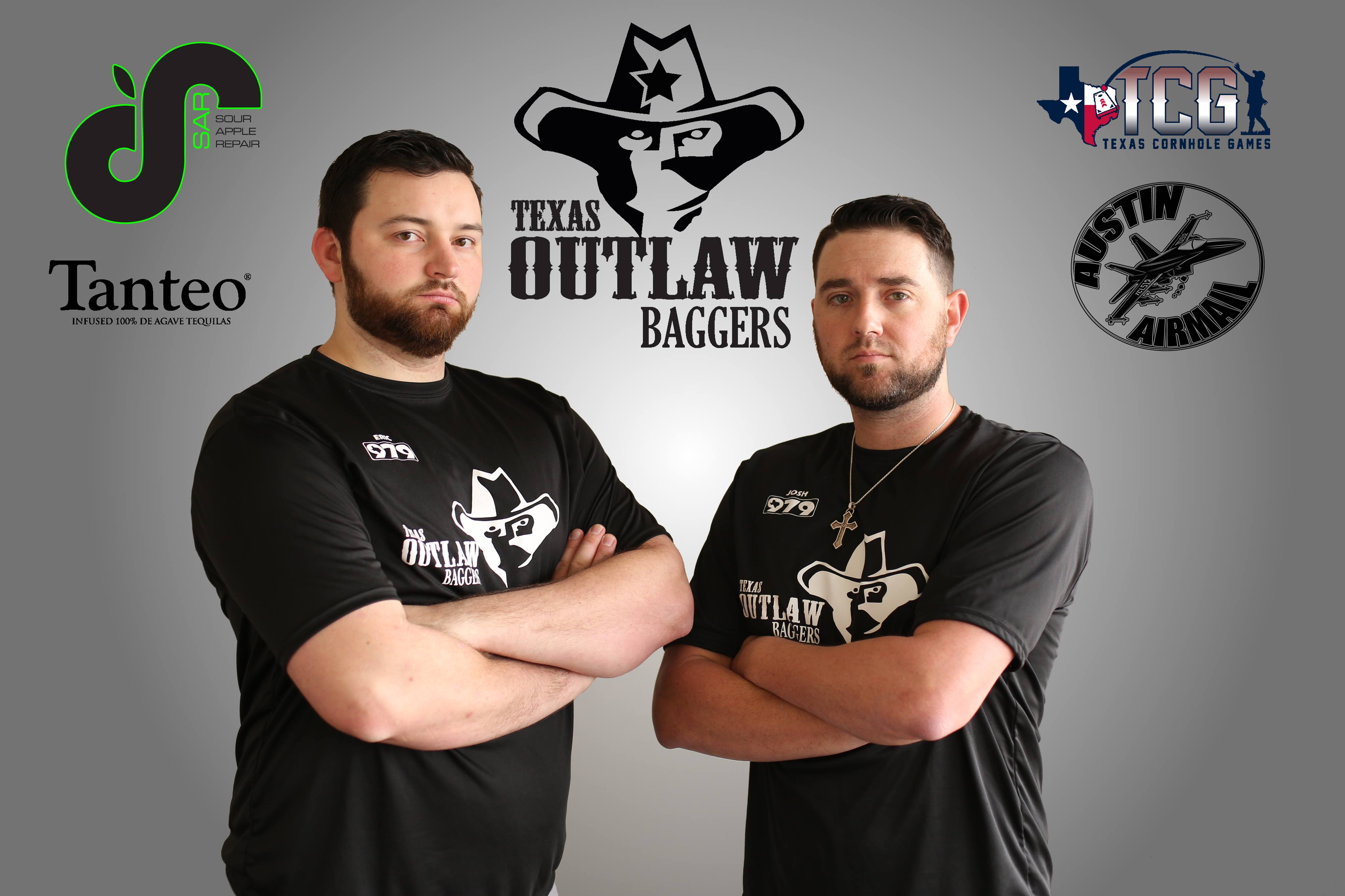 Who from the West will step up this year? I am craving a team from the West Conference to make a big run this season. Perhaps it comes from ACL Pro team Doug Zaft and Bill Hadley. Zaft is the 2018 Arizona Player of the Year and Hadley is coming off of some strong finishes in Conference play. The biggest key for these two is that they have the travel experience. Zaft competed at the 2018 ACL Kick-Off Battle and Hadley competed at the 2017 ACL Las Vegas National. Both have improved immensely since then and have the motivation of past struggles to propel them to victory. Being indoors this year, both their playing styles will be complimented, now it’s just time to see if they beat the best.

Trey’s Takes
It’s borderline impossible to pick winners among such a large field...but that doesn’t mean I’m not going to try it.

Women’s Doubles:
Courtney Coy and Kaylee Hunter. Coy is unbelievable and Hunter is an up-and-comer you better get to know quickly. Coy carries the team through the bulk of the tournament and Hunter hits timely clutch shots to seal the victory.

Advanced Doubles:
ACL Pro Kyle Malone and Dalton Mcklem. These two are coming off two straight victories at the Gridiron Grill-Off and the National College Cornhole Championship. I am not getting in the way of their third.

Advanced Singles:
ACL Pro Frank Modlin. Modlin had a bag specifically designed for his every move, and he throws it with perfection. This National becomes Modlin’s first big win.

ACL Pro Doubles:
ACL Pros Cody Henderson and Adam Hissner. This pick is so boring, but they’re that good.

See you in Fort Lauderdale.